In the forest primeval, a creature calls…
Its echo is heard for millions of years.
Frozen in time; the drama unfolds–
A death struggle painted in amber tears.1

Amber is the fossilized resin from ancient, extinct, pine trees and conifers which grew, mainly, in the Baltic region (the countries around the Baltic Sea) around 25 to 60 million years ago. The globs of resin were buried in the ground for millions of years and through weathering, they were released to the sea from where they drifted to shores as far as England – the density of amber being slightly lower than saline water makes it float easily. A younger type of amber, which is not completely fossilized, is called copal. 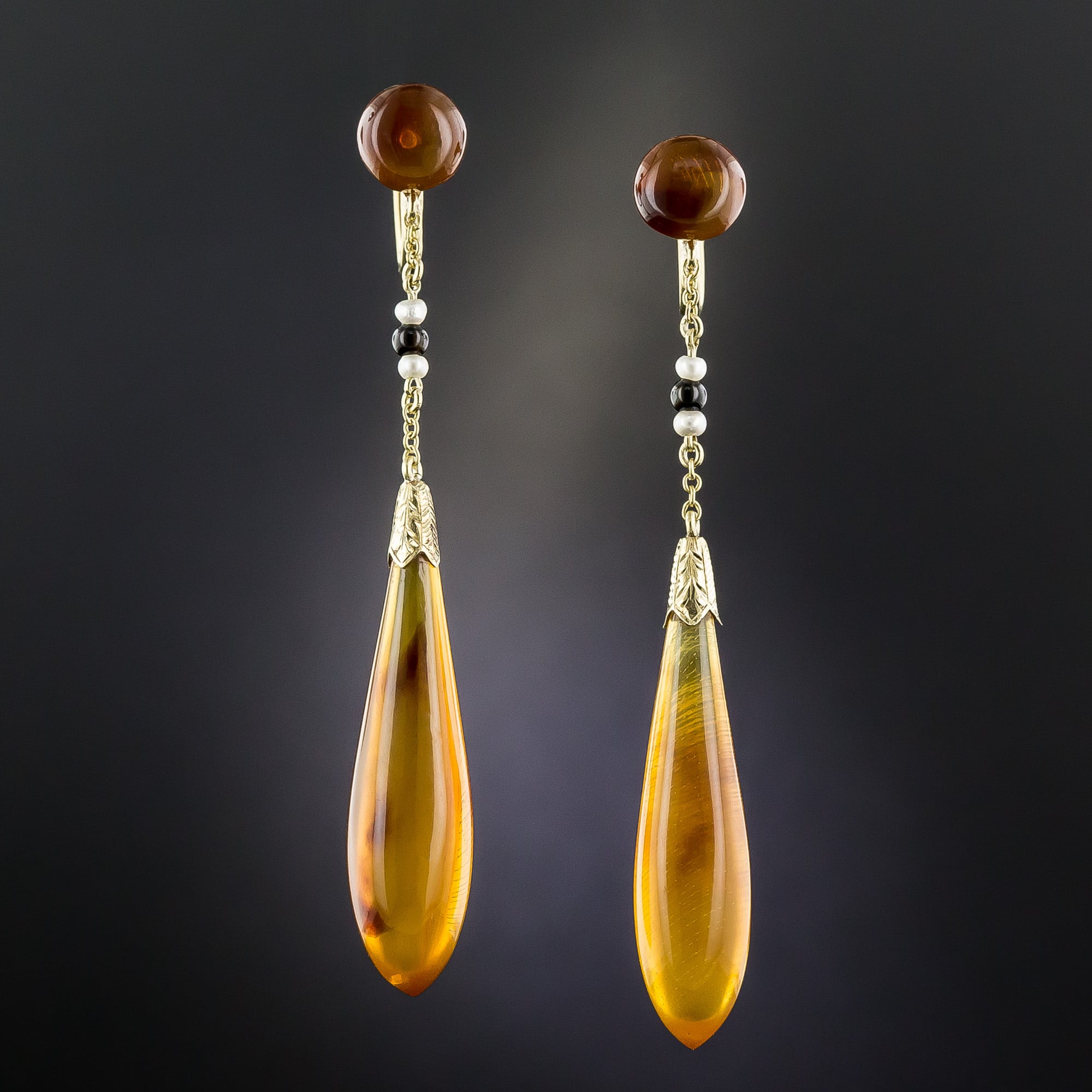 As amber is fossilized – but not mineralized – its structure is amorphous, which means that it does not have an internal ordered structure. There are many simulants for amber – such as glass, copal, and plastics – but amber can be distinguished from these by their physical properties and inclusions. The most coveted ambers are those with well-preserved flora and fauna which were trapped in the sap and which can be quite exotic and often quite expensive. (Today it is easy to find plastic or resin imitations with complete insects and even salamanders on demand although the relatively inexpensive price asked for them is the first clue that something is not right.)

The Greek name for amber is electron as the ancient Greeks thought amber to be pieces of the sun, broken off and fallen into the ocean. Due to the piezoelectric property of amber – it will obtain a negative electric charge when rubbed – the quantum particle electron was named after amber.

Amber is found on the shores surrounding the Baltic and East Sea where it washes ashore after being released from the seabeds. Today the main deposit is in a blue clay layer in Samland, near Palmnicken, Kaliningrad, and Russia. Only 15% of the production has an outer appearance suitable to be worn as jewelry -the remaining amber is used to produce glues or cements. Some of this non-jewelry material is also reconstructed by heat and pressure and is marketed as ambroid. 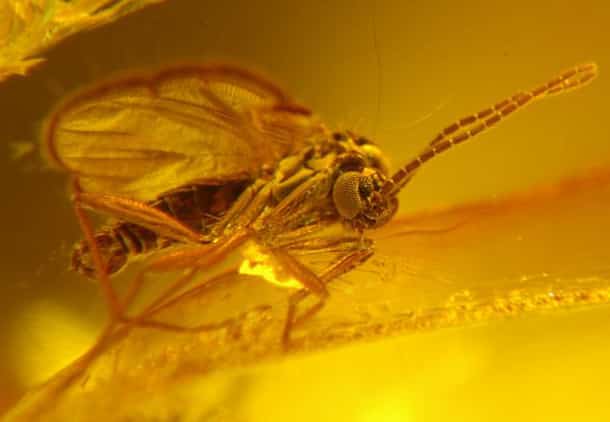 Since prehistoric times amber has been used for many medicinal and talismanic purposes. The ancient Greeks attributed amber with powers that could cure deafness (when mixed with rose oil and honey) and improve eyesight (when mixed with honey alone) while in ancient Rome the gem was worn to prevent insanity. The fossilized resin gives off a pine tree aroma when burned and in ancient Egypt as well as in India, amber was used as an incense to purify the surrounding area. In Chinese amber is translated to “the soul of the tiger” from their ancient belief that amber was the spirit of a tiger. Due to the belief that amber could impede the transmission of diseases, it was widely used as stem-pieces for cigarette holders and pipes. Legend also holds that amber can heighten creativity and that it possesses radiant energy which confers wisdom and knowledge to the wearer along with an ability to draw out negative energy, purifying the heart and spirit.