Basse-taille, which translates from the French as “shallow cut”, is a design made on metal most often by carving, engraving, stamping, or engine-turning, that is then covered by translucent enamel. The recesses formed by incising the design causes the enamel to have different tones, thereby highlighting the design. This technique probably began in Italy in the late 13th to 14th centuries and is also referred to as “translucent enameling.” 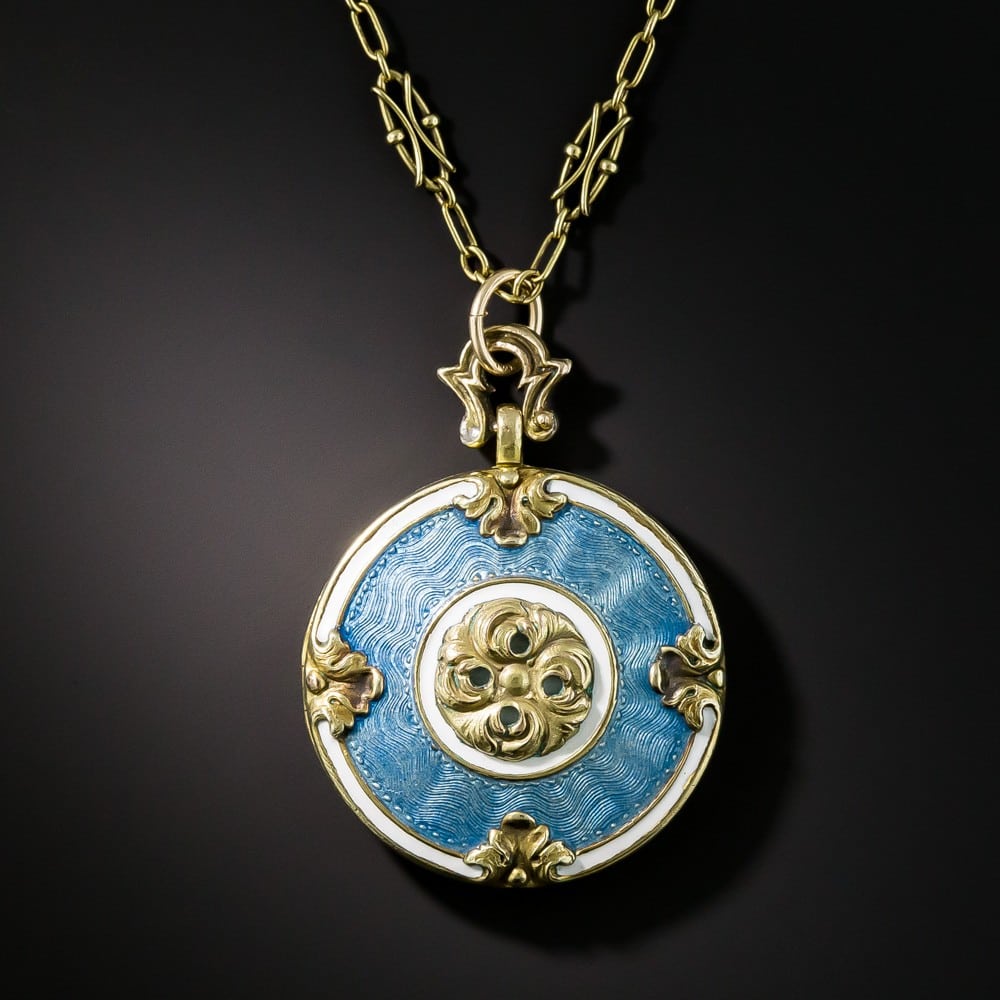