On January 24, 1848, gold was discovered by James W. Marshall as a byproduct of construction on a mill for pioneer land-owner John Sutter. California was still Mexican territory, but not for long. The Treaty of Guadalupe Hidalgo was signed just a few days later on February 2, 1848, ending the Mexican-American war and ceding California, as well as much of the west, to the U.S.

Sutter and Marshall attempted to keep their discovery a secret in order to preserve Sutter’s plans to become a wealthy land baron. Rumors did what they do best and word of their discovery spread quickly. By March of that same year, in San Francisco, newspaper publisher Samuel Brannan, (after converting his merchant enterprises to a focus on prospecting supplies) announced to the world that there was gold in the American River. 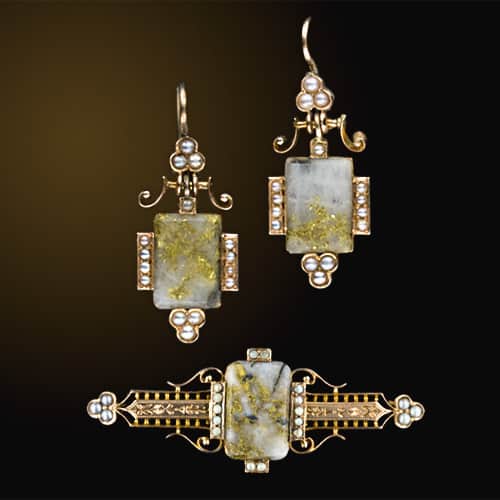 Earrings and Brooch with Gold-in-Quartz Plaques, a Style Popularized by the California Gold Rush.

Nearby residents of northern California headed out to the gold fields in droves and San Francisco became a ghost town. By August the New York Herald published the story and the rush was on. On December 5, 1848, President Polk presented the discovery to Congress. Immigrants from across the globe flooded into Northern California through the port of San Francisco. Eventually, 300,000 prospectors would arrive, both by land and by sea, at the goldfields to seek their fortunes.

By 1850 California became the 31st state of the United States and San Francisco had been transformed from a ghost town into a major city of 25,000 residents. Businesses boomed outfitting, housing, feeding and entertaining everyone who was headed to the goldfields. When the ships arrived bringing gold seekers and supplies to San Francisco their crews would abandon them to join the rush. Eventually, San Franciscans used the abandoned ships as storehouses, taverns, and hotels. As it turns out, the real “gold rush” was the competition by merchants, hotel keepers, brothels, saloons and others for the prospector’s money. Women became successful entrepreneurs preparing food, sewing, doing laundry and staffing boardinghouses. One of the most famous of the gold rush businesses, still in operation today, was Levi Strauss.

The easily accessible gold was mostly gone by 1850 and new techniques were necessary to retrieve the more difficult veins of gold embedded in quartz. By 1851 “hard rock” mining was the major industry in Northern California, something that most gold seekers were not equipped to accomplish. The business of gold mining was now in the hands of medium to large companies who could amass the resources necessary to continue to remove the gold from the ground.

The gold rush had lasting effects on the American landscape. Travel to California was suddenly very important. In 1855 the Panama Railway was completed. This enabled people to cross the Isthmus of Panama by rail to get to the Pacific rather than the arduous journey around the southern tip of South America by ship. This shortened the time to get to California by months. The transcontinental railroad suddenly had the attention of Congress. Unable to decide on a route, the railroad plans had languished for years. In 1862 plans were finally approved and implemented and the railroad became a reality on May 10th, 1869. 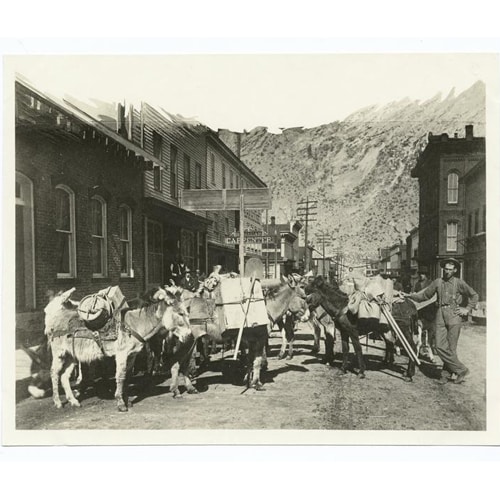 A fully Loaded Donkey Train Ready to Head into the Hills. 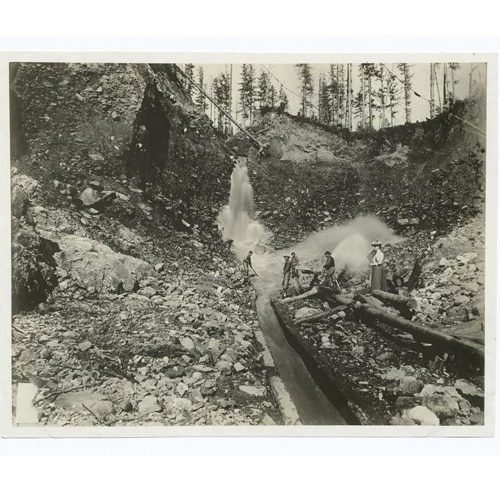 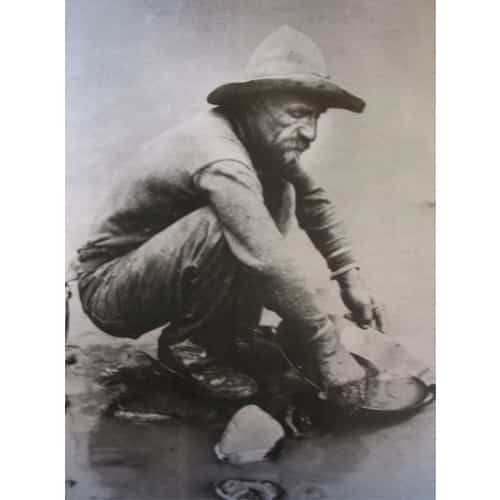 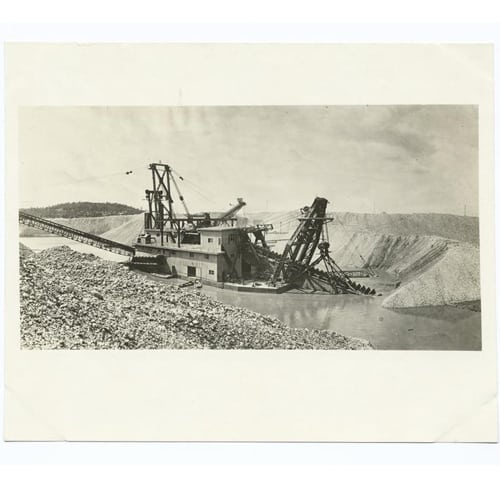 A Dredge Going after Gold in a Californian River. 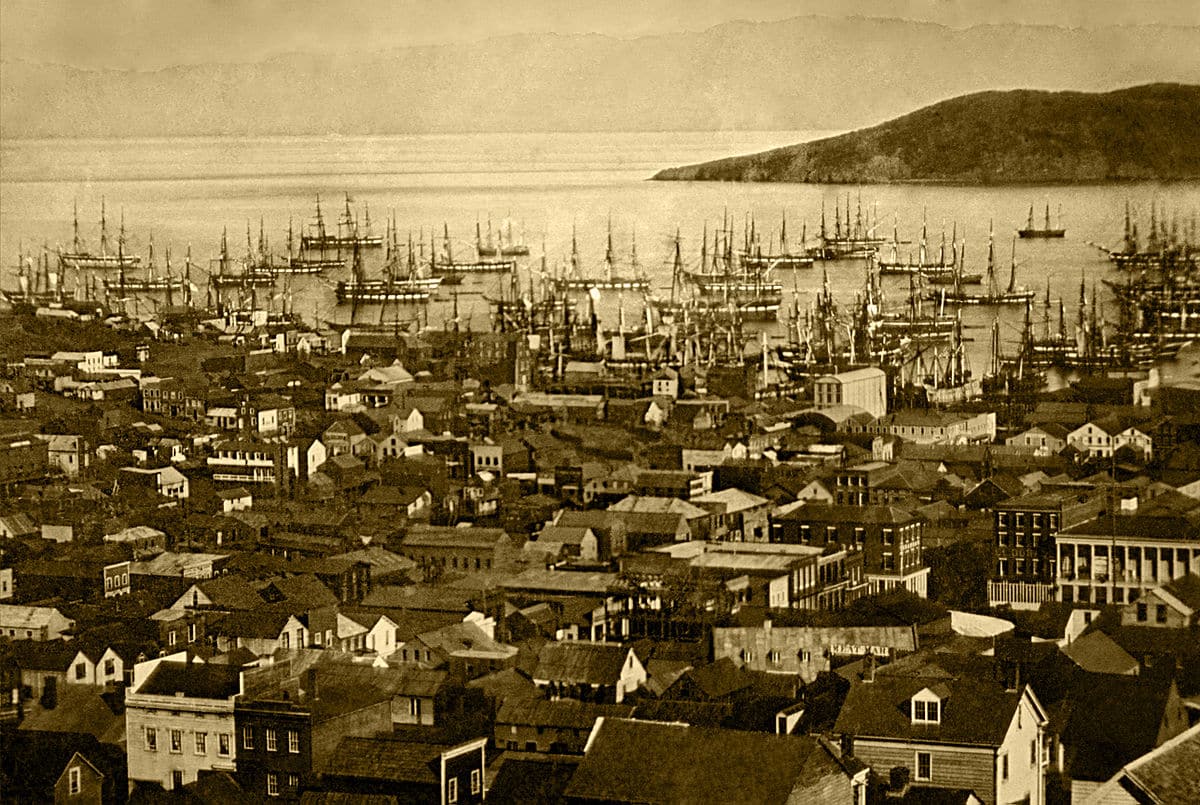