Cushion cut is a sexy and romantic name for a squarish (“cushionesque”) antique brilliant-cut diamond, sometimes referred to as an old mine cut. Cushion cuts precede an older brilliant cut, known as a European cut, and represent a step in the evolution of the modern round brilliant. There are no “ideal” standards for a cushion cut like there are for other diamond shapes. Modern diamond cutters are still producing them, albeit as a more precise and optically optimized version.

The allure of an antique cushion cut often lies in the ability to display superior fire when compared to their more contemporary counterparts. Modern cushion cuts can also include a version of the radiant cut that displays slightly bowed sides causing them to have an outline similar to a cushion cut – Gem Laboratories have noted these as “Cushion Cut” in their reports. 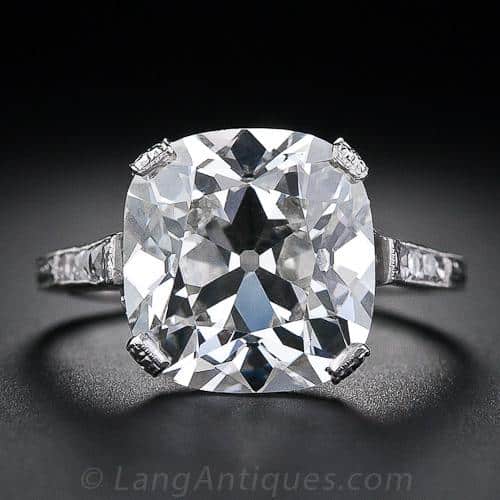