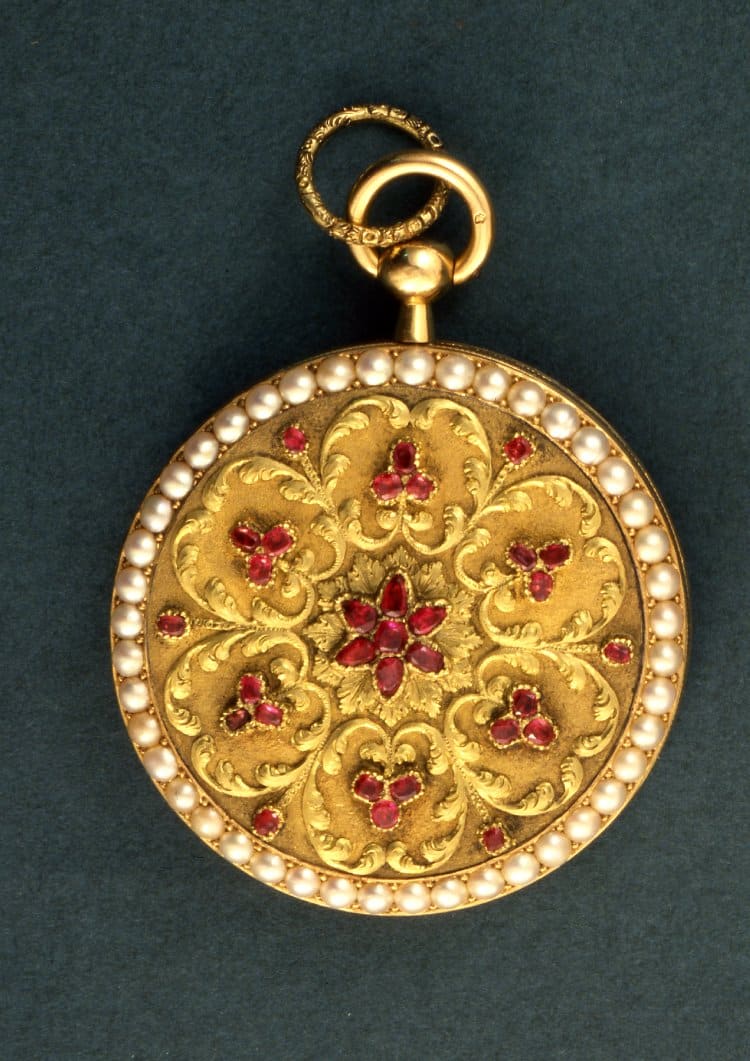 Translated from the French meaning false watch, it was a Georgian affectation to appear to be wearing two watches. A fausse montre, being without a movement, was much less expensive than a watch but often featured an imitation dial to complete the ruse. As a matter of practicality, these dummy watches could contain a hair memento, mirror, vinaigrette, pin cushion or another vanity item in place of the absent movement. Sometimes lavishly decorated with a portrait miniature, enameling or embossing just like a genuine watch, they were usually hooked on the right hand side of a macaroni, the opposite of a genuine watch. As was the individual person’s preference, they might be also be worn on a chatelaine.