Fede rings are an ancient sentimental design consisting of two clasped hands. The design in Roman times was called dextrarum iunctio, from the Latin meaning joined right hands. During the Middle Ages, these rings were called fede rings from the Italian for trust and fidelity. The symbol is often associated with love or marriage rings and some (gimmel rings) open to reveal entwined hearts on a third ring concealed below the hands. 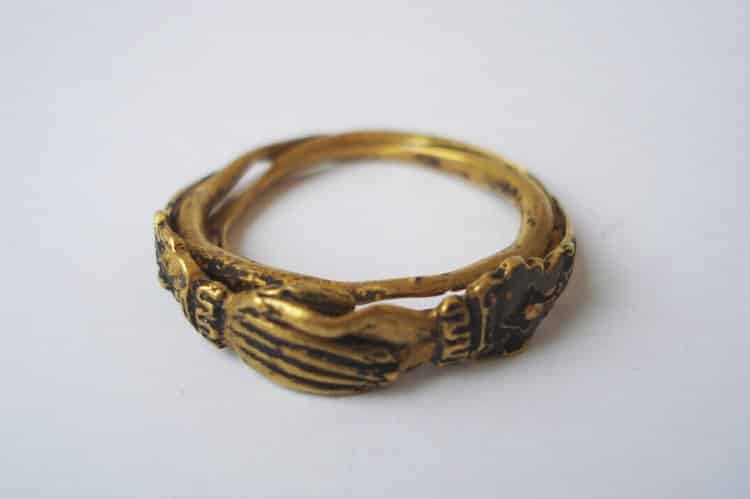 An Example of a Fede Ring.
© The Trustees of the British Museum. 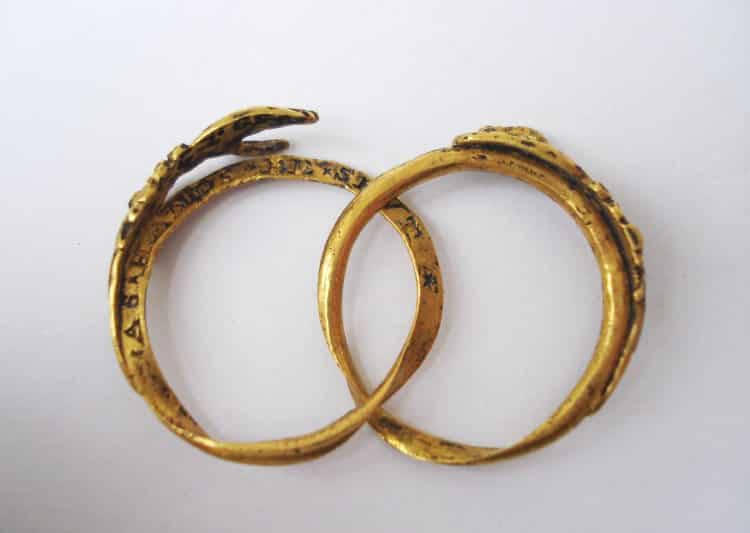 An Example of an Open Gimmel Fede Ring.
© The Trustees of the British Museum.