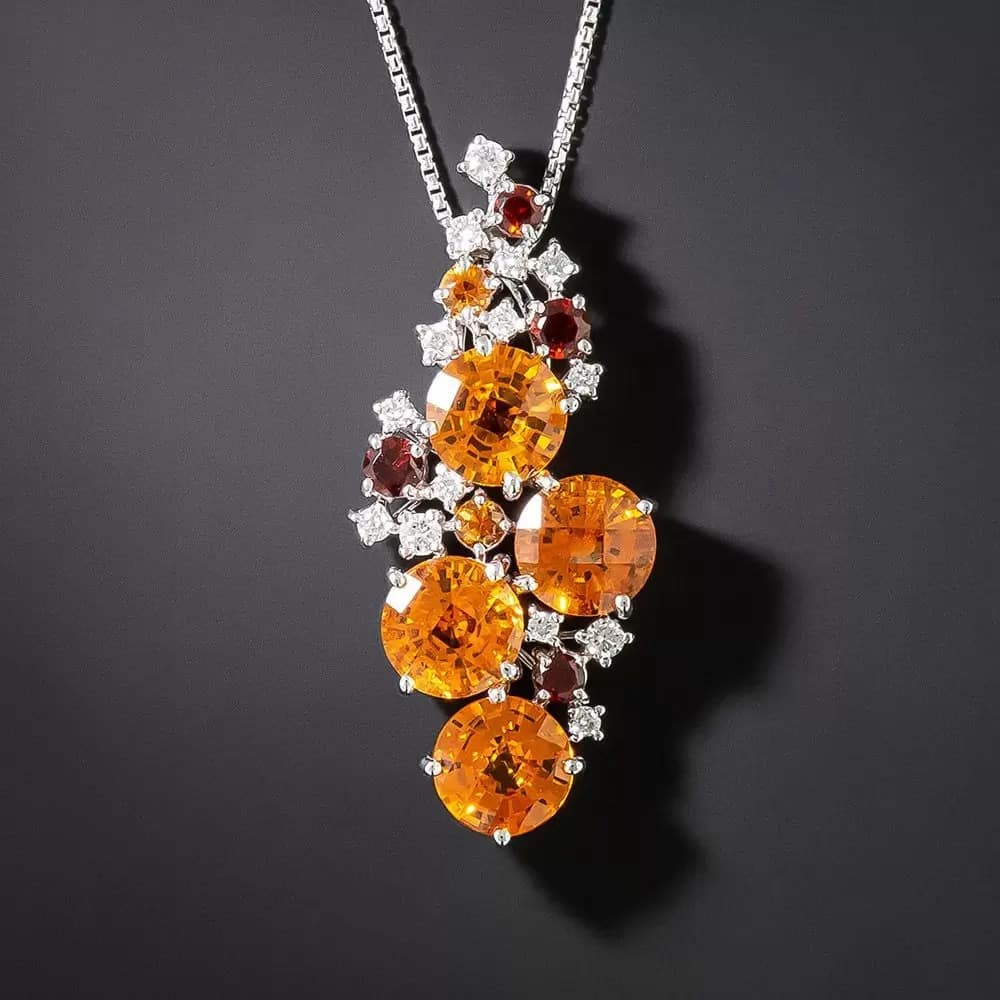 Spessartine from many of these locations is not gem-grade; neither is it all orange. Spessartine is very rarely encountered in antique jewelry since the main deposits have been discovered only recently.