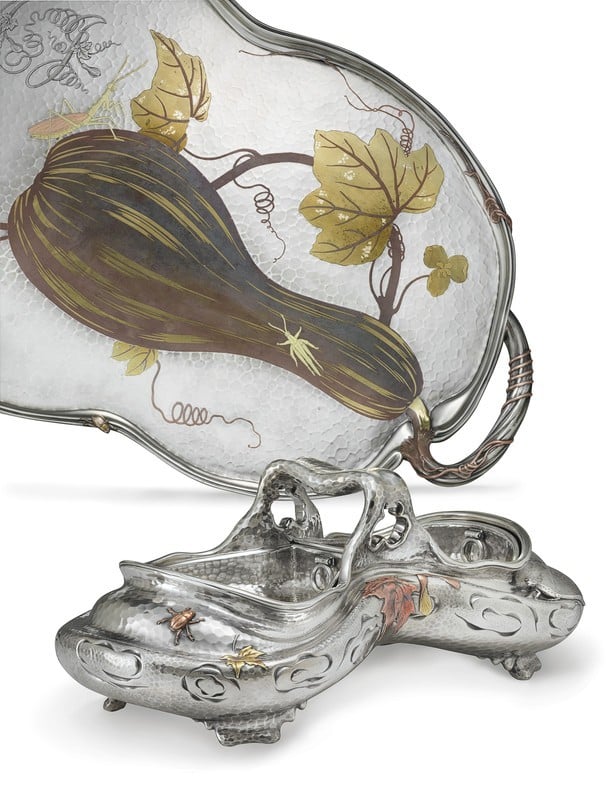 Edward C. Moore was the jewelry design director and head of the silver workshops at Tiffany & Co. from 1851 to 1891. Under Moore’s direction, the artists at Tiffany studied jewelry and objects from all over the world and many historical periods. He is credited with earning Tiffany the notice, and praise, of European contemporaries.1 His designs won Tiffany its first award for silver at an international exposition (Paris, 1867). When Tiffany won gold medals in 1878 and 1889 at Paris’s International Exposition, he received a large part of the credit. Moore’s most important work includes “Japanesque” jewelry and silver objects as well as archaeological revival jewelry, the most celebrated of which were based on Ancient Cypriot jewelry lent to Tiffany by the Metropolitan Museum of Art.