Moonstone is a variety of orthoclase feldspar that is colorless to milky in appearance. It is mineralogically a potassium, aluminum, silicate feldspar which can display a bluish sheen. Moonstones can occur colorless, blue-white, white, and pale shades of apricot and peach. The rarest and most expensive moonstones will be colorless with a floating blue color or schiller that seems to hover above the stone. This phenomenon, termed adularescence, results from moonstone’s composition of orthoclase and albite feldspars arranged in layers. Light reflected from these layers produces interference effects and causes adularescence. If the layers are very thin, a blue schiller is seen; when they are thicker a white schiller is seen. Four-rayed asterism and chatoyancy have been exhibited in some specimens. Other feldspars can display the adularescence that is key to declaring a gem a moonstone, there is a variety of labradorite known as “rainbow moonstone” and adularescent sanidine is also sometimes referred to as moonstone. Adularescence is the key to declaring a gem a moonstone as opposed to strict adherence to its chemical composition. 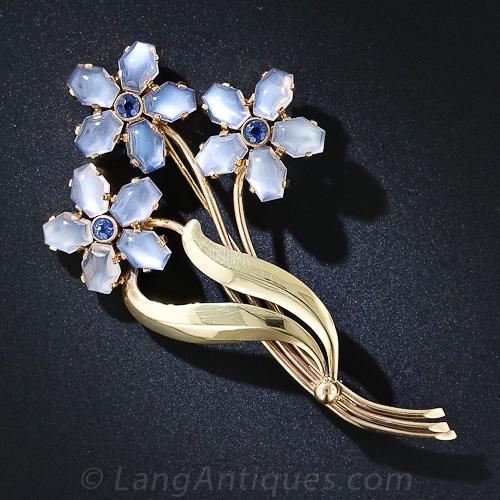 The most important source for moonstone is Sri Lanka with deposits also found in Australia, Burma, Brazil, India, Tanzania, and the United States. Water-worn stones are often found in the alluvial gem gravels on the southern part of the Island.

A Brief History of Moonstone

Historically moonstone was referred to as adularia honoring a Swiss locality, Mt. Adular, that was the original source of adularescent moonstone. The Romans, from about 100 A.D, used moonstone in jewelry. They believed that the stone was formed from the light of the moon. Moonstone is considered a sacred stone in India, where it was believed that moonstones placed in the mouth during a full moon would allow you to correctly envision the future.

Until the 1800s, moonstones were believed to make people invisible, permitting only their spirits to wander. Variations of that belief still exist today. It’s been claimed that moonstone can lead to psychic immortality because it fortifies the spirit to stand alone from the body.

Moonstone was a favored gem by Art Nouveau designers including Louis Comfort Tiffany.

THE METAPHYSICAL ASPECTS OF MOONSTONE

Moonstone is a stone of wishes, insight, intuition, and balance. It is often considered a feminine stone, but it can aid both men and women in fostering gentleness and empathy. In eastern cultures, it was believed that carrying a moonstone would bring love into your life. Fertility properties are attributed to the stone and it is believed that moonstone protects travelers, especially on water. 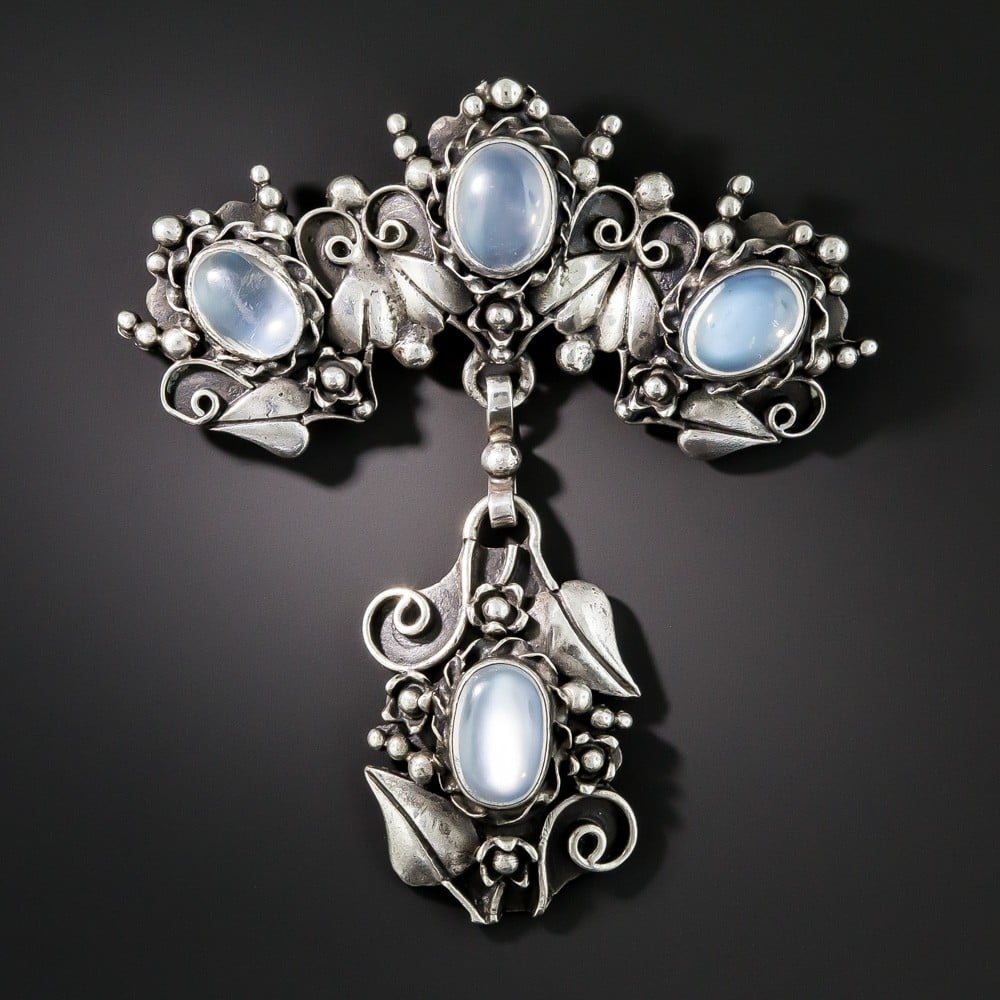 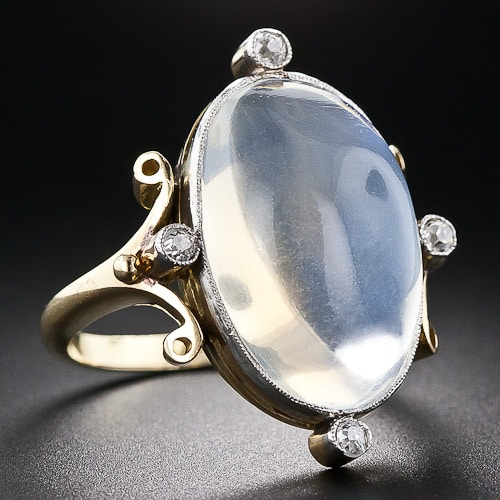 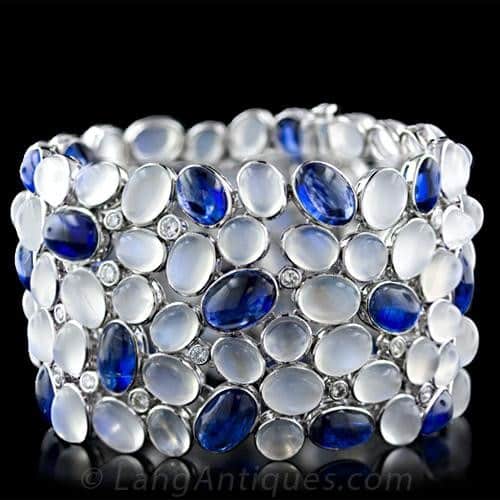