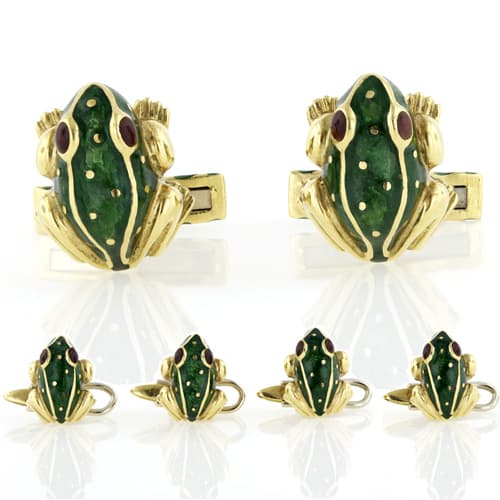 American jeweler famous for his sculptural work in the 1960’s. In 1948, David Webb and business partner Nina Silberstein opened David Webb, Inc. on 47th Street in New York City. Throughout the 1950’s, the firm supplied jewelry to upscale clients like Bergdorf Goodman and Bonwit Teller. In 1963, however, Webb opened up his own salon at 7 East 57th Street. His wholesaling days ended.1 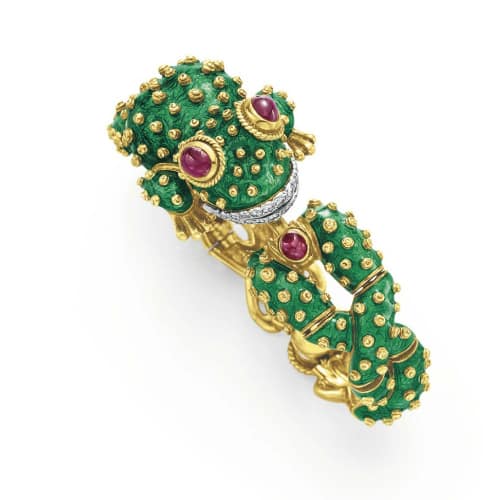 Around this time, he vaulted into fame when Vogue Magazine lauded his brightly enamelled, animal-motif jewelry in one of their spreads. The pieces, as he readily acknowledged, were inspired by the bejeweled animals designed by Jeanne Toussaint for Cartier at the beginning of the century, as well as Fabergé’s richly enamelled jewels and eighteenth-century Indian enamel work.2

For the rest of the decade, it was hard not to see Webb’s pieces. Celebrities flaunted them, and his work was conspicuously and consistently displayed in popular fashion magazines. Webb also became famous for his precious objects. He was commissioned by the likes of Jacqueline Kennedy and Richard Nixon to create numerous gifts for foreign diplomats. For Japanese Prime Minister Eisaku Sato, he designed a 14-karat gold recreation of the White House.3 For King Hassan of Morroco, Webb created an American eagle with a large citrine in its beak. When he died in 1975, Nina Silberstein assumed control of the firm’s management and its design. 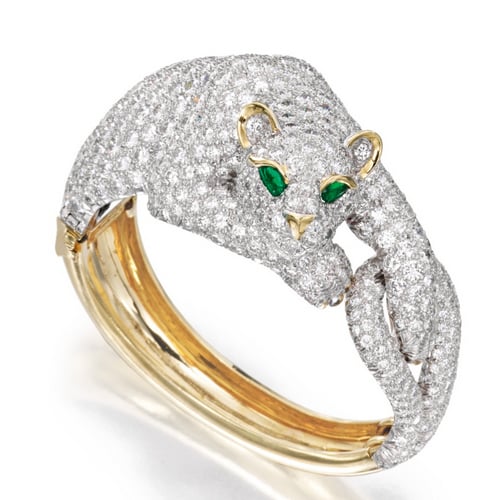 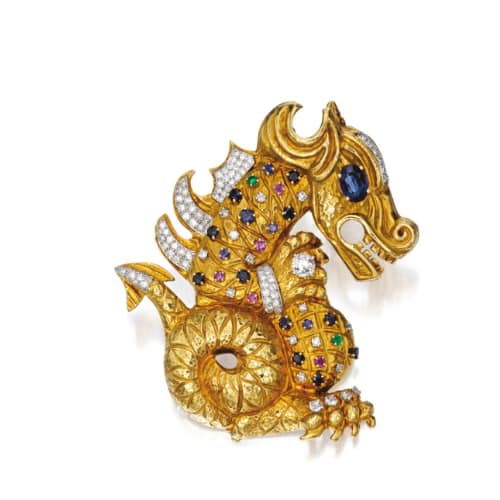 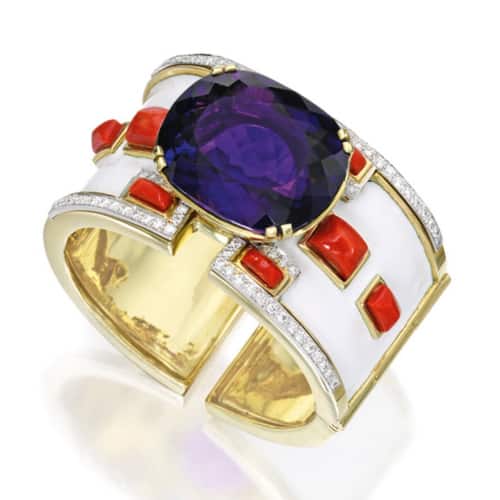 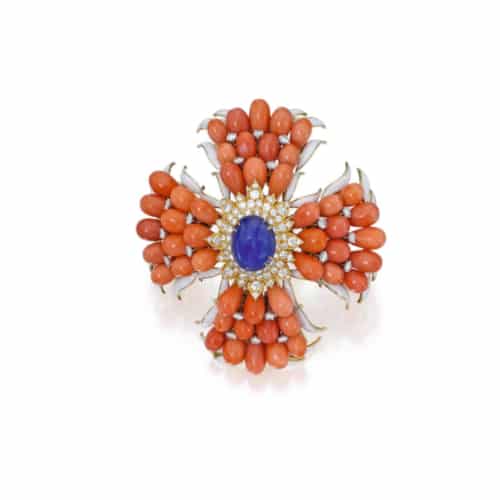