This diamond‘s name is taken from its first recorded French owner, Nicolas Harlay de Sancy, a fancier of fine gems who just happened to be King Henri IV’s exceptionally talented Minister of Finance. With de Sancy’s name already attached to another larger diamond in his possession the adjective “beau” was added to identify this smaller stone. Like its larger namesake, this diamond would make the rounds of royal families, moving from country to country but with considerable less fanfare and intrigue. Being the smaller of the “Sancy” stones, it sometimes suffered a lack of respect. It was once considered to be a kind of “consolation” prize when the buyer who purchased the diamond did so only because of his failure to acquire the larger Sancy for his wife. However the time would come when this diamond would find an owner who would appreciate the stone on its own merits. Although its origins remain unknown, strong evidence suggests it came from India. Fortunately its current location is no mystery. Such is the story of the Beau Sancy diamond (sometimes referred to as the Little Sancy).

The earliest notation regarding this diamond occurs in January of 1589 when a flawless diamond weighing 37 or 38 carats is described in a document pledging it to Sieur de Sancy for him to pawn in Switzerland or Germany. Set in a gold frame that suspended a very large pearl, the rounded pear-shaped diamond had 110 facets, including the table and the culet. Later, de Sancy attempts to sell this stone, along with its larger namesake, the Sancy. A letter describing the desired terms for sale, written by Sancy himself, explains that he will sell the larger diamond for a price not less than 80,000 ecus and 60,000 ecus for the smaller stone. The letter also states he wants the money immediately with terms not to exceed three years. He enters negotiations with the Duke of Mantua for the diamonds in October of 1589. Amazingly, they continue those negotiations until 1604 without it ever resulting in a sale to the Duke. 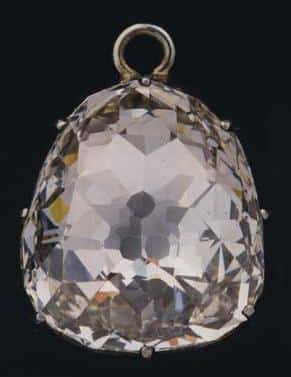 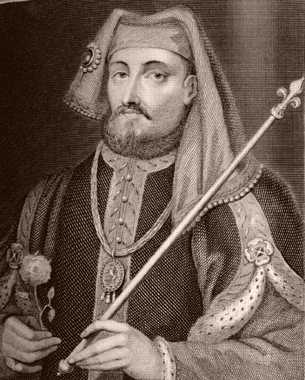 Eventually, the undeterred de Sancy sells the larger Sancy Diamond to the King of England, James I. The buyer for the smaller stone winds up being de Sancy’s boss, King Henri IV of France, who buys the Beau Sancy for 25,000 ecus. Rumors at the time indicate that Henri may have purchased the diamond to appease Marie de Medici, his Queen consort, who was angry that the larger diamond went to the King of England. Perhaps in order to further ease the queen’s “pain,” the King ordered an impressive crown to be created for her 1610 Coronation that would prominently feature the Beau Sancy diamond. Whether it was the demands of the office or his demanding queen, the reign of Henri IV came to an abrupt end later that same year. 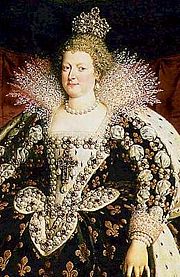 With the death of Henri his son, King Louis XIII, succeeds him. It’s an arrangement that does not sit well with the Queen. Eventually developing an estranged relationship with her son — no doubt due to her failed attempts at some power grabbing — an exasperated Louis finally exiles his mother to Compiegne. Not to take this rebuke lying down, Marie de Medici manages to escape to Brussels in 1631, taking many of her possessions with her – including the Beau Sancy diamond. She later winds up in Cologne, where she stays until her death in 1642. To clear the debts she left behind her estate is sold off. Enter Frederick Henry, Prince of Orange who buys the Beau Sancy for 80,000 florins. The Beau Sancy would stay in the Orange family, being handed down to Fredrick Henry’s grandson who would soon become King of England as William III. Taking the Beau Sancy with him across the English Channel, the diamond temporarily rejoins the larger Sancy diamond in becoming part of the British Crown Jewels. William presents the Beau Sancy to his wife, Queen Mary II, on their wedding day and the diamond remains in her possession until her death in 1694.

Because William and Mary had no children to inherit the diamond it was returned to the House of Orange where another grandson of Fredrick Henry, the future King of Prussia Frederick I, becomes the new owner of the Beau Sancy. Frederick I has the Beau Sancy set into the royal crown where it finally achieves the lofty status it has long deserved, gaining a reputation as the most important gem in the Crown Jewels of that country.

In 1881 the Beau Sancy is seen around the neck of Princess Mary of Sachen-Altenburg who wears it as part of a necklace during her wedding to Prince Albert of Prussia. Later, a 1917 inventory of the Prussian Crown jewels notes that the diamond was set as a pendant. Six years following there is a description that refers to it as a pendant in a necklace with 23 diamonds.

During an examination of the diamond by renowned author and gem expert Edwin Streeter, he describes this diamond as:

…a thick stone cut all over with facets. The author has had this stone examined and many models of it taken and his impression is that the stone commonly called the ‘Beau Sancy’ is the work of an Indian Lapidary.1 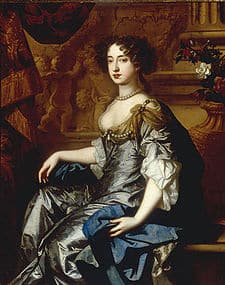 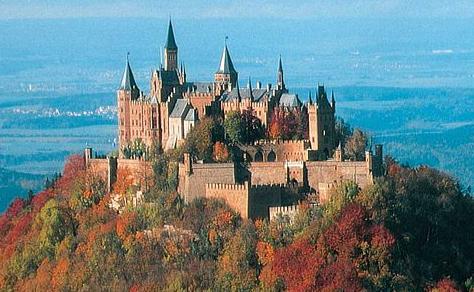 However finding documentation to support this claim has never been successful. Most certainly an Indian diamond fitting the description of the stone destined to be known as the Beau Sancy is not recorded.

What we do know for certain is that today this beautiful diamond is the property of the house of Hohenzollern, specifically Georg Friedrich and, although royal titles are no longer recognized, he is the current Prince of Prussia.