Harry Winston (1896-1976), the American diamond dealer and jeweler nicknamed “The King of Diamonds”, started his career at the age of fifteen working in his father’s California jewelry store. By the 1920s, he had established himself as an astute buyer of jewelry collections, working with banks and trusts to acquire well-known and important estates. In 1932, Winston opened an eponymous retail store at 527 Fifth Avenue in New York using his motto: “Rare Jewels of the World.” He became the largest individual dealer of diamonds and achieved international fame for working with the world’s most famous diamonds.

Among Winston’s early achievements was the 1934 purchase of the 726 carat “Jonker” diamond, at the time the second largest diamond in the world. He set precedent by choosing an American, Lazare Kaplan, over well-established European gem cutters to cut the rough. As the largest stone ever to be cleaved in the United States, its cutting was well publicized and followed intently by the American public in newsreels, newspapers and radio broadcasts. Winston chose proportion and brilliance over weight retention, putting the modern brilliant cut diamond and the American jewelry industry at the forefront. One writer at the time claimed that, “no gem in the world’s history has won greater fame or done more to increase the public’s love and appreciation for diamonds.”1 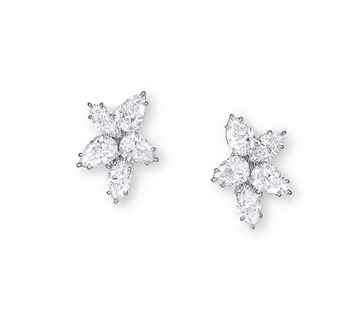 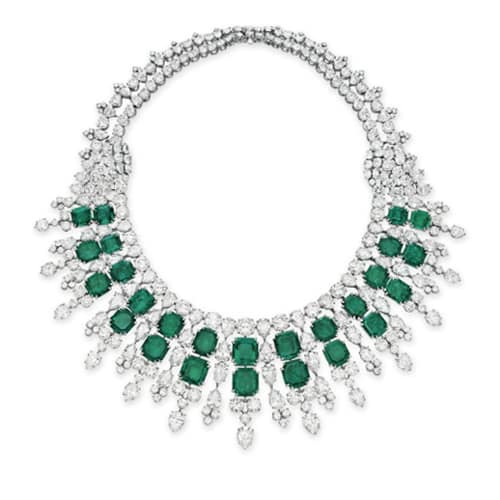 Having acquired a formidable collection of historic stones, headlined by the incomparable Hope Diamond, Winston toured the collection called, the “Court of Jewels” around the world, starting in November 1949. Valued at 10 million dollars, the collection also included the largest of the twelve Jonker stones weighing 125.35 carats, the 94.80 pear-shaped Star of the East Diamond and the 337.10 carat Sapphire of Catherine the Great. Several years after the tour ended, Winston donated many of the jewels, including the Hope Diamond to the Smithsonian Museum where it remains on display.

Harry Winston’s jewelry is known for the high quality of its diamonds and gemstones set off by minimal settings. The designs often feature pear or marquise-cut stones in an unobtrusive platinum wirework setting that he refined in the 1940s. In one Winston signature, marquise-cut diamonds are clustered in a luxurious spray, creating elegant earrings.

Upon Harry Winston’s death in 1978, the company continued the tradition of creating exclusively priced classic designs under the leadership of his eldest son Ronald Winston. When Ronald Winston retired in 2008, the firm had expanded to include retail locations in Europe and the Far East as well as a watch business centered in Switzerland. In January 2013 the Swatch Group acquired the Harry Winston jewelry and timepiece retail business.