Sapphire is a variety of the mineral corundum that occurs in spectacular colors with great durability and stability. When corundum is red, it is termed ruby. All other colors, including pink, are referred to as sapphire. Usually, when one thinks of the color of a sapphire, blue comes to mind. Fine blues remain the most valuable and desirable members of the sapphire family.

Certain varieties of sapphires have phenomenal characteristics. Asterism in sapphires, caused by oriented inclusions of rutile, can produce wondrous six or twelve rayed stars. Some sapphires exhibit a color change from blue to purple or like alexandrite, from red to green.

Sapphires have been found in alluvial deposits in Ceylon for generations. Locations in India and Burma have produced the most famous examples of sapphires. The Zanskar Range of the Himalayas in Kashmir is known for magnificent specimens. In recent times, lovely examples have been found in the Helena area of Montana. 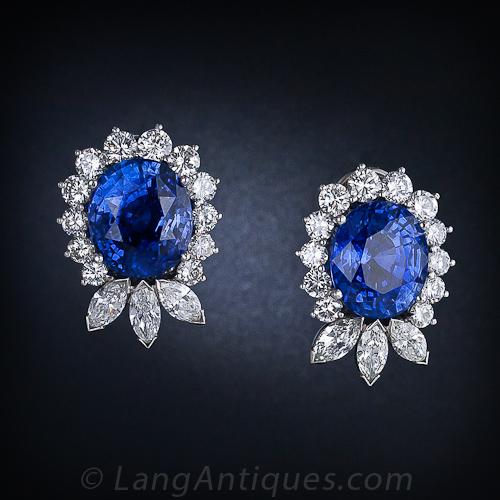 Sapphires have been routinely heat-treated for decades, perhaps centuries. Heat treatment “dissolves” the silk-like inclusions in sapphires, usually resulting in a more transparent and intensely colored stone. The changes produced by heating the gems are stable.

A BRIEF HISTORY OF SAPPHIRE

The history of the sapphire, dates back to the Etruscans in the 7th Century BC. Marco Polo’s travels in the 13th Century took him to the Island of Serendid (Sri Lanka), where he describes sapphires in abundant detail in his “Book of Marvels”. Sapphire became a favorite gem in rings and brooches for Medieval Kings. They believed that the sapphire would protect them from harm and envy. By the time of the Renaissance, sapphires were coveted by the wealthy and influential. Sapphires were credited with the ability of preventing poverty, making an irritable man good-tempered and a stupid man wise.

Sapphire is the birthstone for September and the gem for Libra. It commemorates the 5th and 45th anniversary and is the sacred gem for Thursday. 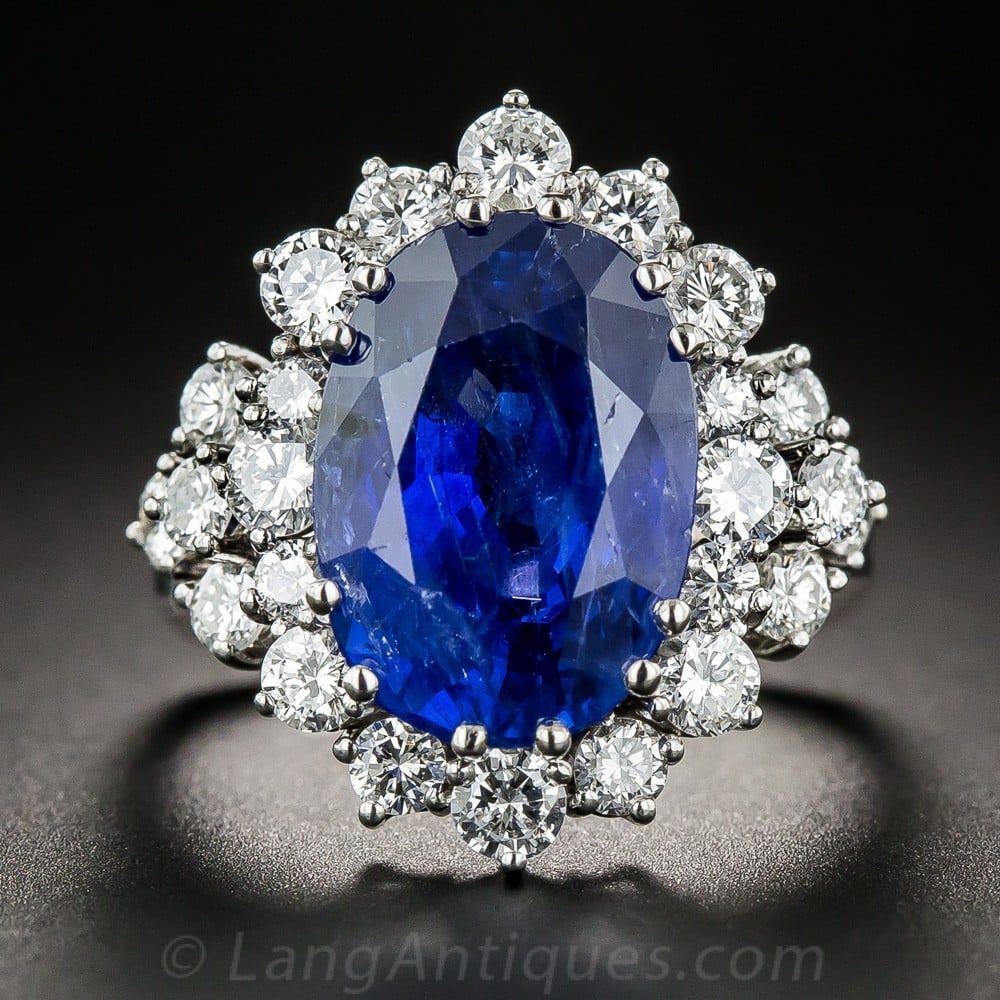 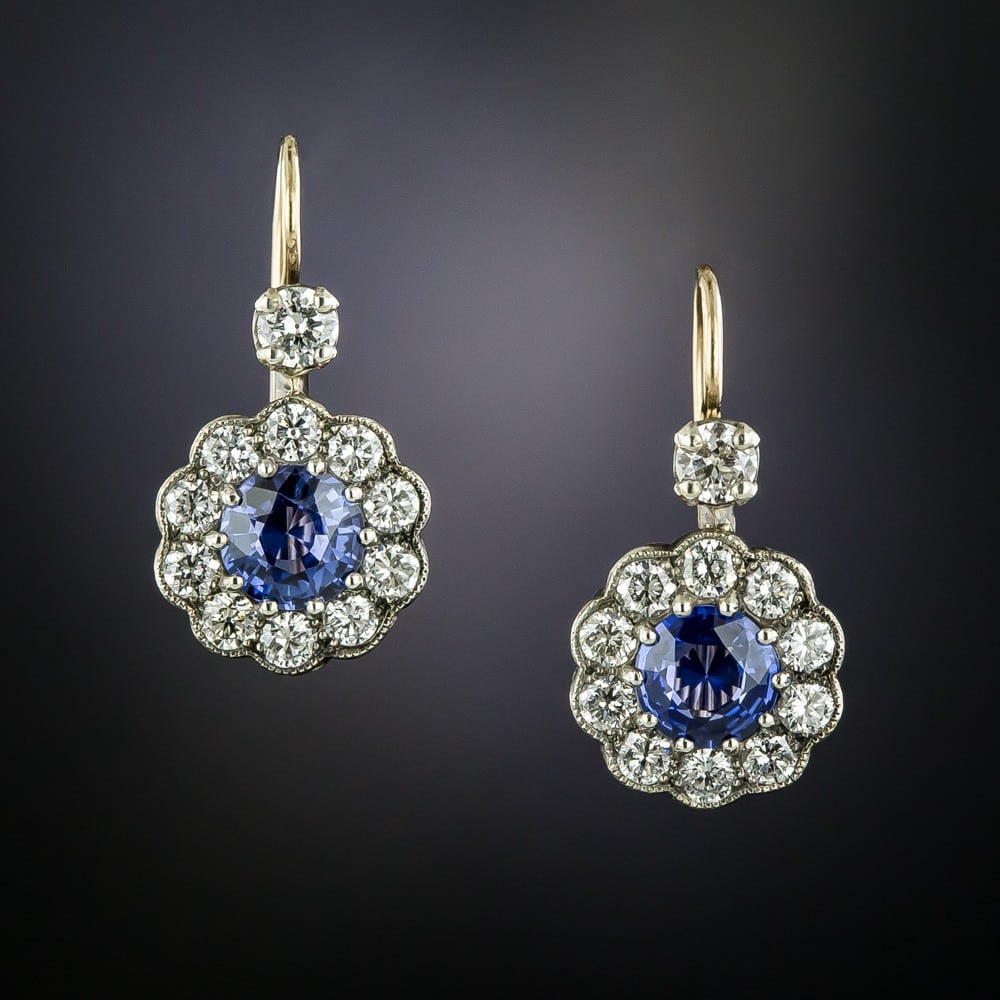 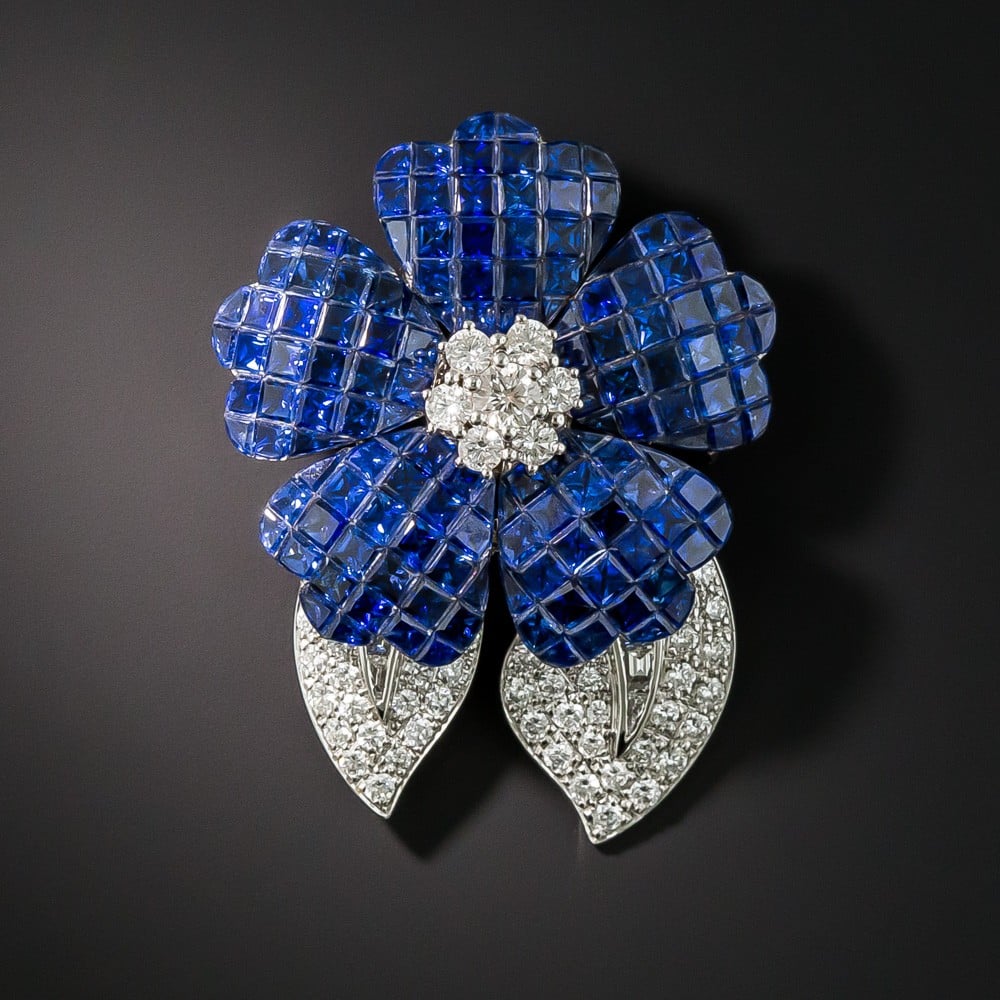 The word sapphire can be found in the Old French word safir which in its turn is likely to have come from the Latin word sapphirus and the ancient Greek sáppheiros. The Greeks also seem to have used the word to refer to another blue stone: lapis lazuli. Hebrew knows the word sappir, meaning ‘the perfect’. It has been suggested that in old Arabic sapphire was called sappeer (to scratch). Another possible origin of the word is the Sanskrit word sanipriya that indicated ‘a dark-colored stone sacred to Saturn’.

Sapphire has been a royal gem since the beginning of the written word and probably long before that. It is adored for its beautiful colors and extreme hardness thus becoming a symbol of power and wealth. Archaeological finds tell us that Sri Lanka is more likely to have been the source for sapphire in the classical world. These stones would have reached the Mediterranean cultures through the trading routes that crossed present-day Turkey, Iran, Afghanistan, and Pakistan to India. Distribution within Europe was a logical consequence of the excellent road system covering all the corners of the Roman Empire. The initial fashioning of sapphire wouldn’t have gone further than polishing the rounded pebbles and crystals that are typical for alluvial deposits.1 Early lapidaries gave the rough rounded stones a surface polish and the first cabochons were born. Material with parallel needle or plate-like inclusions oriented in three directions display the phenomenon known as asterism. When crystal faces were still present in the rough material, simple polishing resulted in a partial return of light resulting in a display of brilliance. Drilling holes, with the aid of diamond abrasives, allowed classical jewelers to make sapphire beads for stringing as necklaces and bracelets. Most settings from the classical period are closed back and feature surface polished crystals and pebbles. Sapphire faceting isn’t accomplished until after the 16th century. 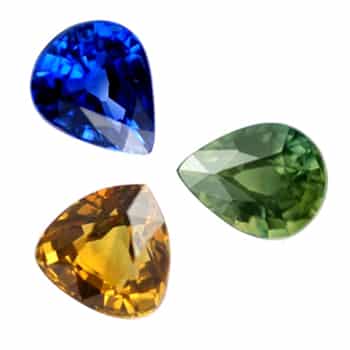 Throughout history, many powers have been attributed to sapphire. During the middle ages, sapphire was believed to shield the wearer from harm and disease and was used as an antidote against poison. It was the stone of choice for the ecclesiastic “… like the pure sky, and mighty Nature has endowed it with so great a power that it might be called sacred and the gem of gems” (after Kunz, mentioning Friburgi, 1531).

After the breakdown of the Roman Empire, the rise of the Muslim world continued to use the trading routes between India and Europe, Mediterranean cities became the distributors to the rest of Europe. A second route to the east was established that allowed a faster and deeper penetration into Asia. These were the routes of the Slavic network connecting the German Hanze cities to the Mongolian postal routes and extending all the way to the eastern parts of present-day China. New gem deposits such as Burmese, Thai and Cambodian sapphires from newly available localities were now accessible. When discussing long-distance trade historically, one has to realize that the volume/weight to value ratio is important. The smaller, more precious an article, the easier for traders to transport and realize great profits. A certain amount of marketing by gem sellers was necessary and probably accounts for a good deal of the Lore and Legends associated with gemstones.

Traders from the east returned with first-hand stories of faraway countries with untold wealth and gems beyond belief. Nothing could stop the European quest for possession of the prized sapphires from the East. During the 15th century, sea routes to Asia were the number one priority for European explorers. This was the end of Middle Ages and the birth of the Renaissance, a time when Italian goldsmiths and stone carvers were pursuing their trades so zealously that artisanship turned into art.

The devotion and specialization of Renaissance lapidaries and goldsmiths resulted in new styles, often based on the classical period. They produced faceted stones and innovative ways to set them. An increase in world trade and the growth of the ‘bourgeoisie’ class created a new group of buyers, eager to show their wealth by wearing precious jewels. At the same time, more and more research was being conducted resulting in a deeper understanding of minerals. New continents were found, sea routes to Asia were established and trading companies arose that devoted themselves to one thing only: importing luxury goods from the Orient. Sapphires were certainly among those products. More information was available regarding different gem localities and the properties of the gems mined there. By 1652 Thomas Nichols, an English lapidary produced a paper in which he showed an advanced knowledge of sapphire localities and of their gemological properties. However, the mystic powers of sapphires ascribed during in the Middle Ages and throughout Ancient History weren’t completely abandoned. The following quote taken from G.F. Kunz’s 1913 book, The Curious Lore of Stones, illustrates an 18th-century belief that color change sapphires could be used as a tool to test a girl’s virtue:

“Le Saphire Merveilleux” here the sapphire is used as a test of female virtue, the change of color indicating unfaithfulness on the part of the wearer. If the owner of the stone wished to prove that the subject of the test was innocent, she was made to wear the sapphire for three hours of daylight; but in the opposite case the test was so timed that it began in daylight and ended when the candles or lamps had been lighted.2

​The industrial revolution of the latter half of the 19th century established a ‘nouveau riche’ class of Europeans and Americans who provided the cash that funded explorations all over the world. New sapphire deposits in Australia, the USA, and India were discovered and previously known deposits were mined even more extensively. New techniques allowed mechanized mining, thus increasing the yield enormously. At the turn of the 20th century, a new phenomenon entered the market: synthetic sapphire. Auguste Verneuil (1856-1913), a Frenchman, managed to create crystalline corundum in his laboratory. To this day, most synthetic sapphire is created using Verneuil’s method even though other methods of synthesizing sapphires have been discovered.

A selection of gem corundum colors.
Photo by Apsara.co.uk. 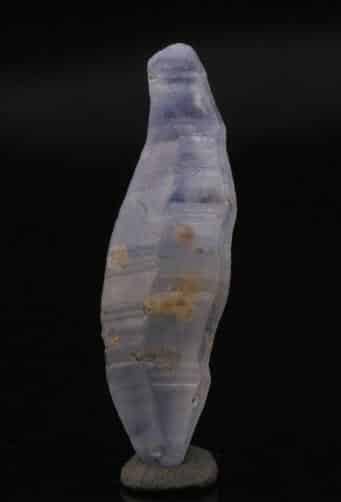 Burmese Sapphire Crystal.
An Example of a Monocrystalline Material.
Photo by crystal-treasure.com.

​Although a technique known since ancient times, the heat treatment of gems was perfected in the second half of the 20th century. This treatment allowed low-quality stones to be transformed into more beautiful and marketable gems. Sapphire miners were able to sell low-quality material for better prices which provided a boost to the mining industry. The Sri Lankan geuda sapphire, a pale, translucent, and, until heat treatment, useless variety of corundum, could be heated into a striking blue stone. As a result, the 1970s saw an enormous increase in blue Sri Lankan stones. Thailand, with some of the most skilled gem treatment facilities, saw new possibilities in certain deposits and they became very active on the world market. Heat treatment of sapphires is more the rule than the exception today.

The third quarter of the 20th century saw a new treatment introduced, diffusion of titanium ions into the outer parts of sapphires, rendering a deeper blue hue. These early diffusion techniques were only able to change the outer areas of a stone and could be polished away by a lapidary. Newer techniques in gem enhancement have enabled a richer coloring throughout the gem, thus making the treatment harder to detect. The presumption is that an accidental exposure of heated corundum in the presence of Chrysoberyl, a gemstone containing beryllium, yielded this new discovery in gem color enhancement. Beryllium is now able to be artificially inserted deep into the crystal lattice of sapphire, through a heat treatment process, thereby changing its color throughout. Beryllium treatment, by law, must be disclosed to the consumer.

Fracture filling is a technique commonly used for rubies from Möng Hsu in Myanmar but it is also encountered in sapphires as well. Deep fractures in rough stones are filled with glass having a high RI or healed by heating the stones in a flux that causes the walls of a fracture to partially dissolve. Upon cooling, the corundum recrystallizes thus closing the fracture.