A BRIEF HISTORY OF TURQUOISE 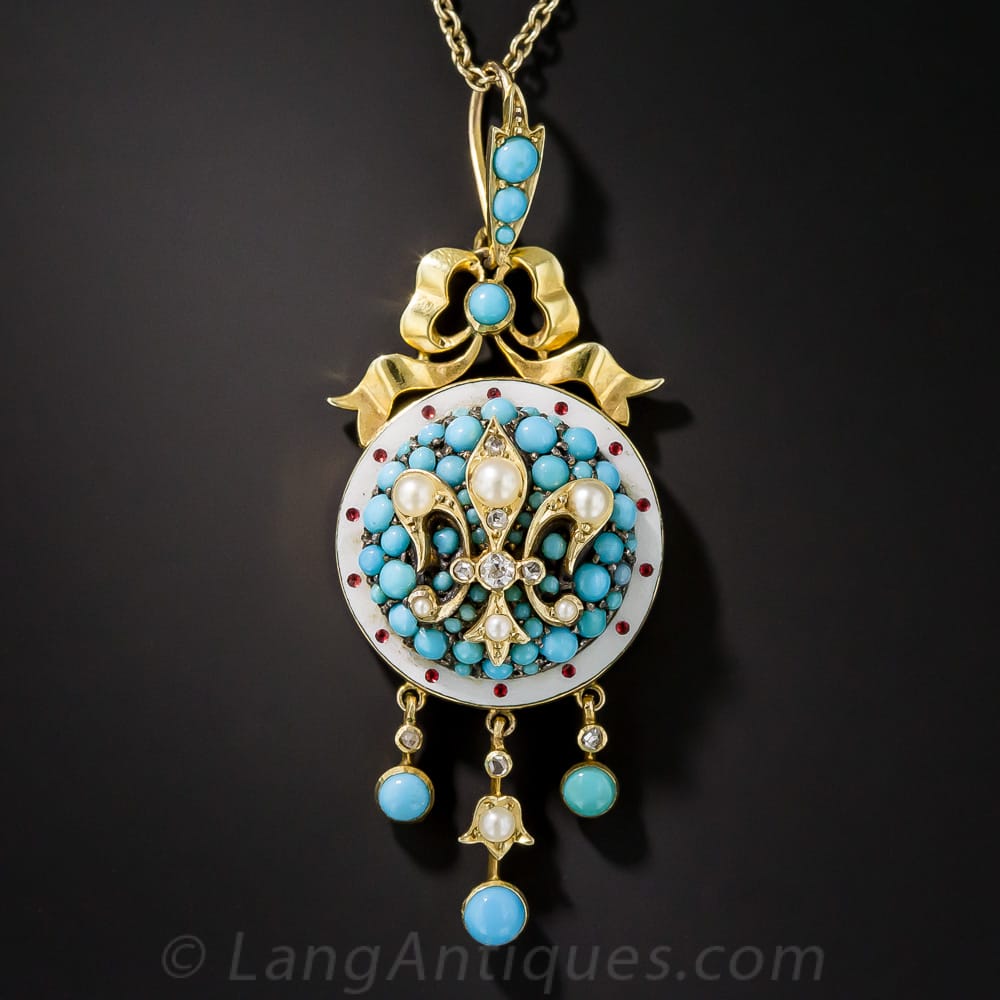 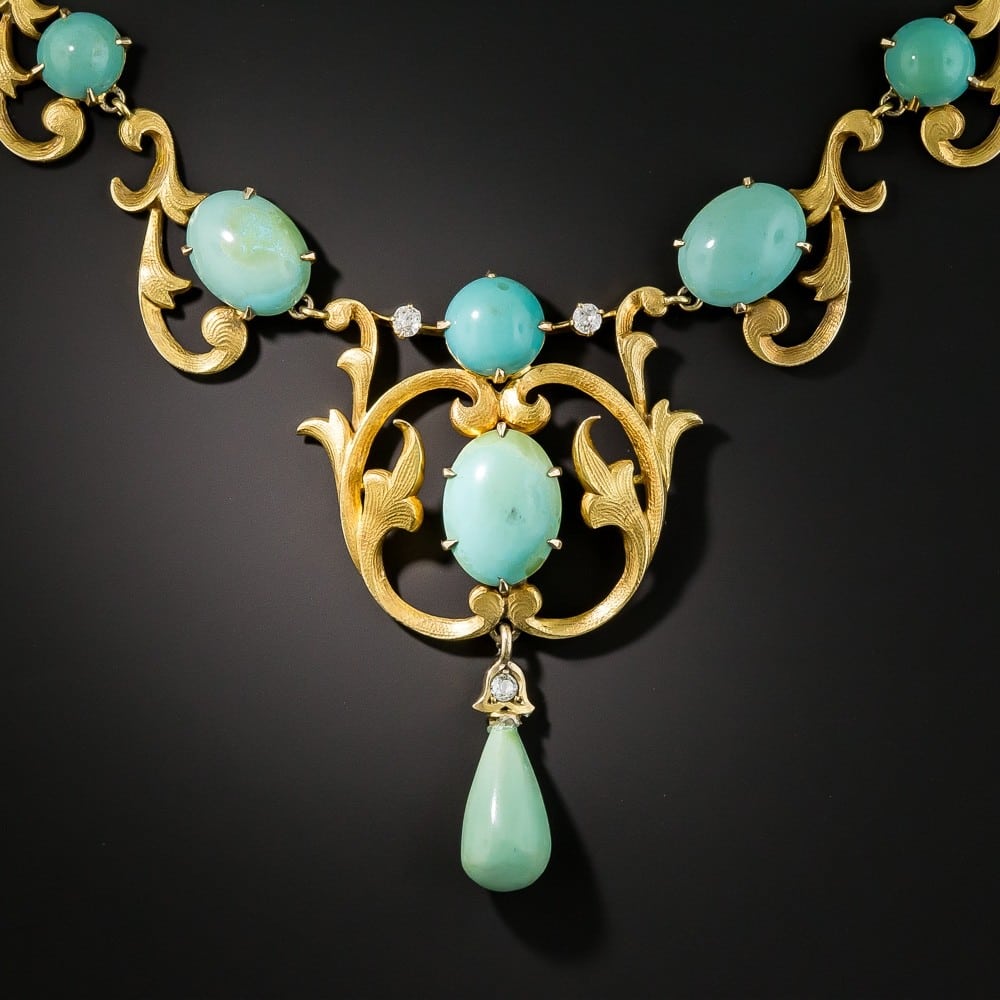 Turquoise is a blue, blue-green or grey-green opaque gemstone whose name is derived from the Turkish trade route along which these stones traveled to reach Europe in ancient times. It is almost always cut en cabochon, although sometimes it is seen in nugget form or even faceted. It has a waxy luster and is able to achieve a high polish. Limonite is the host rock for turquoise and it shows occasional spots or veins of limonite patterning. The main historical sources were the Nishapur region of Persia (currently Iran) and the Sinai Peninsula. Popular since ancient times, turquoise deposits in the Sinai were already depleted by 4,000 BC. Turquoise was, and is, valued for jewelry and other adornments, including cosmetics.

Throughout history, turquoise has been prized for its perceived talismanic properties. Ancient Egyptians were known to carve it into animal figures that were worn as symbols of their gods. During the Middle Ages turquoise was valued for its supposed ability to prevent falls from horseback and protect the wearer from poisons. In the Seventeenth-Century, the gem was worn almost exclusively by men and it was considered a necessity for well-dressed gentlemen to be wearing fine turquoise. Persians have appreciated turquoise as beautiful and powerful down through the ages with a saying that

…. to escape evil and attain good fortune one must see the reflection of the new moon either on the face of a friend, on a copy of the Koran, or on a turquoise…1

This ranks turquoise on a level with religion and friendship, a very powerful stone indeed. 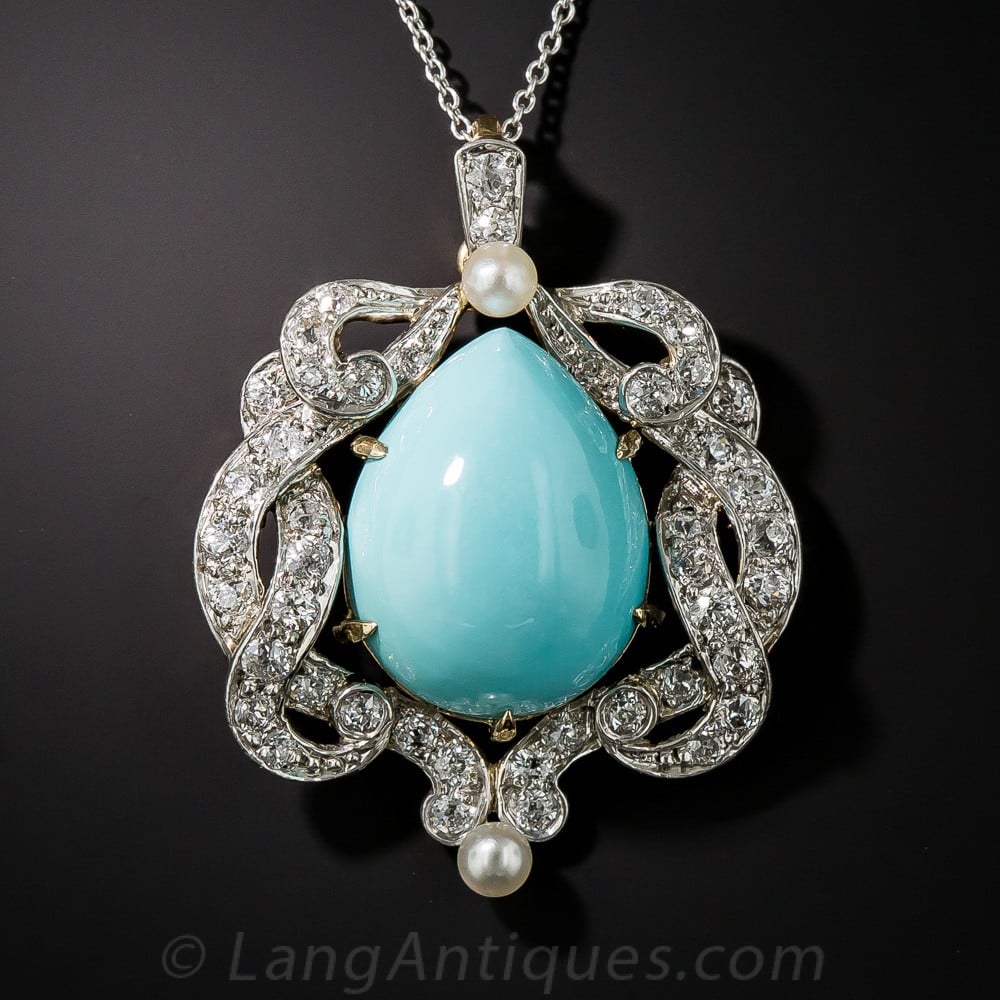 Edwardian Turquoise and Diamond Pendant by J. A. Granbery.

Native Americans greatly valued the gem. Zuñis held it sacred, carving fetishes and talismans in the forms of animals, insects, and other living shapes. Navajo legends speak of turquoise jewel baskets. The Apaches also held turquoise in high regard and Apache medicine men and shaman regarded turquoise as an absolutely essential material. Following a rainbow resulted not in a pot of gold but of turquoise and it was thought beneficial in aiding the accuracy of a hunter’s aim, a power highly valued by the Apache.

Queen Victoria’s love of turquoise was no secret. It is said that upon her marriage to Albert, Queen Victoria gave portrait rings to her ladies-in-waiting. Each miniature portrait of the Queen was surrounded by turquoise cabochons. Tiny turquoise cabochons were also commonly pave set in mid-Victorian jewelry covering snake motif bracelets and necklaces, brooches and the like. Turquoise enjoyed a resurgence in the late Victorian era and was set in rings, brooches, and earrings but in larger sizes than in earlier periods. In the Twentieth Century, turquoise enjoyed great popularity with \the Native American jewelry revival that spanned the 1950’s through the 1970s. 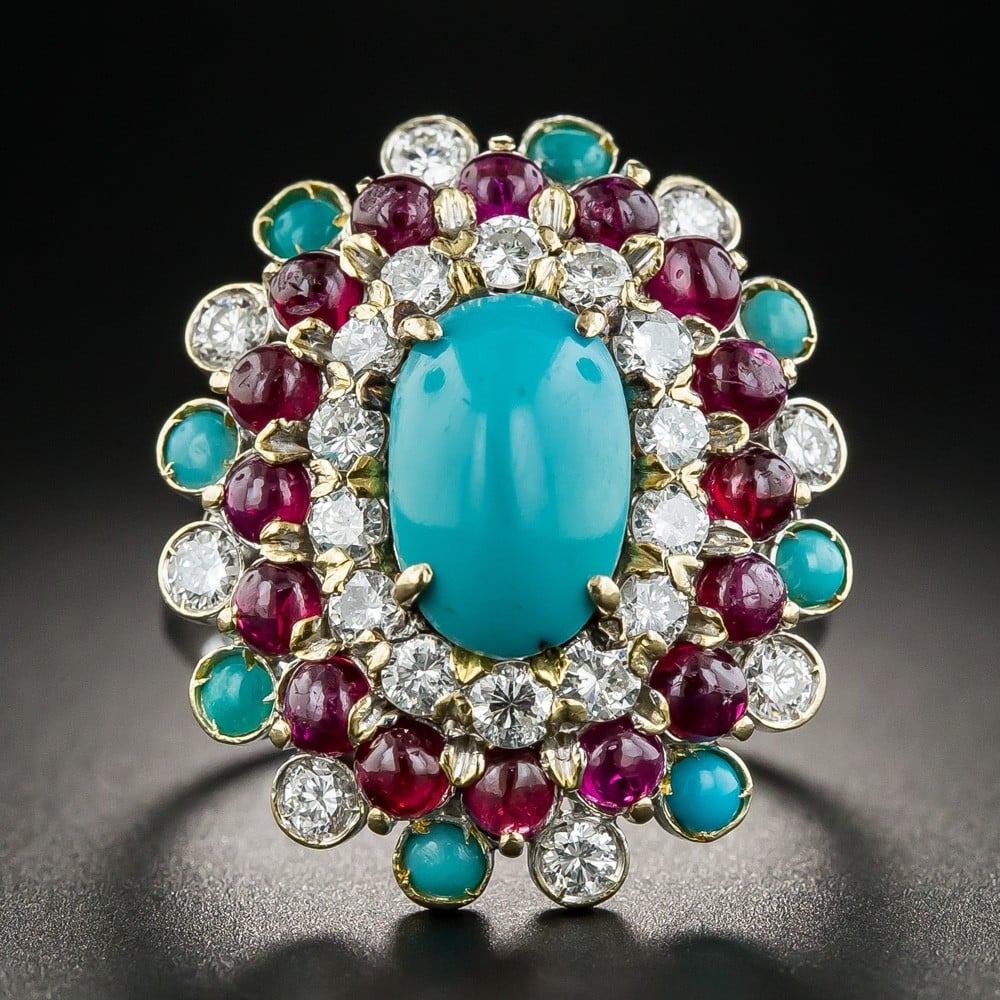 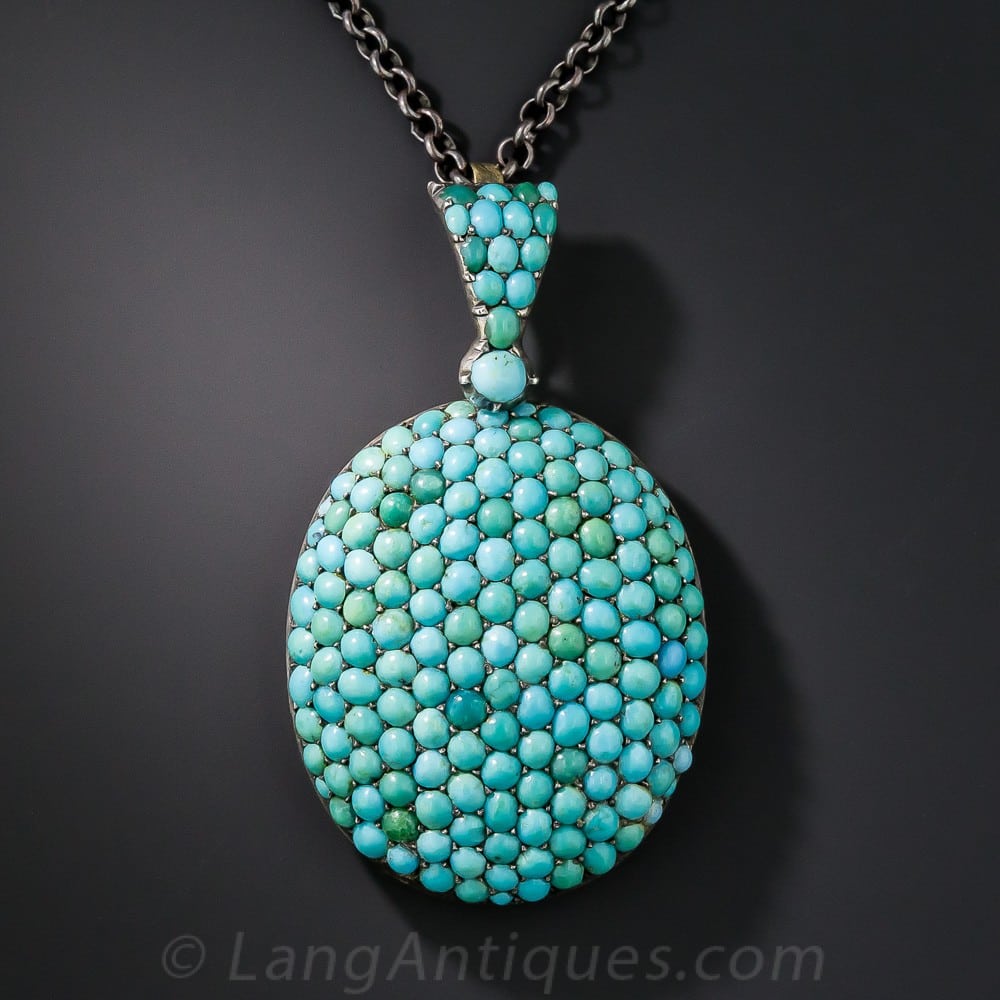 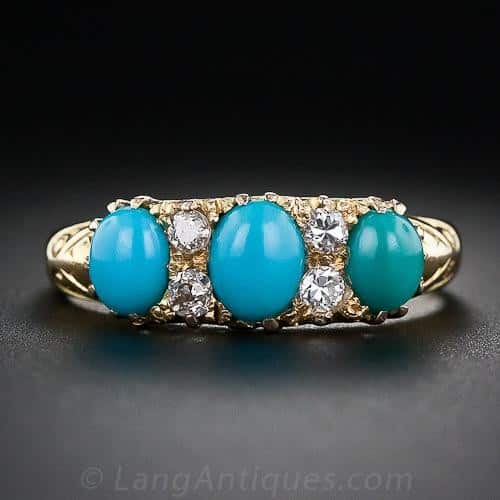 The porous nature of turquoise invites dying and impregnating with waxes and polymers. Powdered turquoise is often reconstituted, along with other ingredients, and sold as gem turquoise. Dyed howlite, dyed chalcedony, glass, ceramics, plastic and many other materials have been used to simulate turquoise.

THE METAPHYSICAL ASPECTS OF TURQUOISE

Turquoise has always been used as a protective stone. It is viewed as a master healer, emanating an energy that dispels negativity. In addition, it acts to induce wisdom and understanding. Turquoise can enhance trust, kindness, and the recognition of beauty.