The well-known Beverly Hills jeweler, William Ruser, started his career at the firm of Trabert & Hoeffer-Mauboussin in Atlantic City New Jersey, before being transferred to manage their Los Angeles location in the 1930’s.1 In 1947, he and his wife opened their eponymous boutique on Rodeo drive. While keeping traditional diamond and precious gemstone merchandise in stock, the Rusers’ specialty was baroque, freshwater pearl jewelry. In the 1930’s, Ruser had bought several shoeboxes full of these oddly shaped, American pearls from a button manufacturer. Freshwater pearls had been relatively unpopular at the time. Though Art Nouveau jewelers used them liberally to embellish their pieces, jewelers in the 1920 and 30’s did not follow suit. In the late 1940’s and throughout the 1950’s, Ruser helped to change this. In the vanguard, along with Verdura and Seaman Schepps, the Rusers created swans, hummingbirds, poodles, skunks, as well as demonic looking cherubs with freshwater pearl accents. Throughout the 1950’s and 60’s, business boomed and Hollywood starlets proudly wore his figural pieces both on and off screen. In 1969, Ruser closed up shop, selling its location to Van Cleef & Arpels2 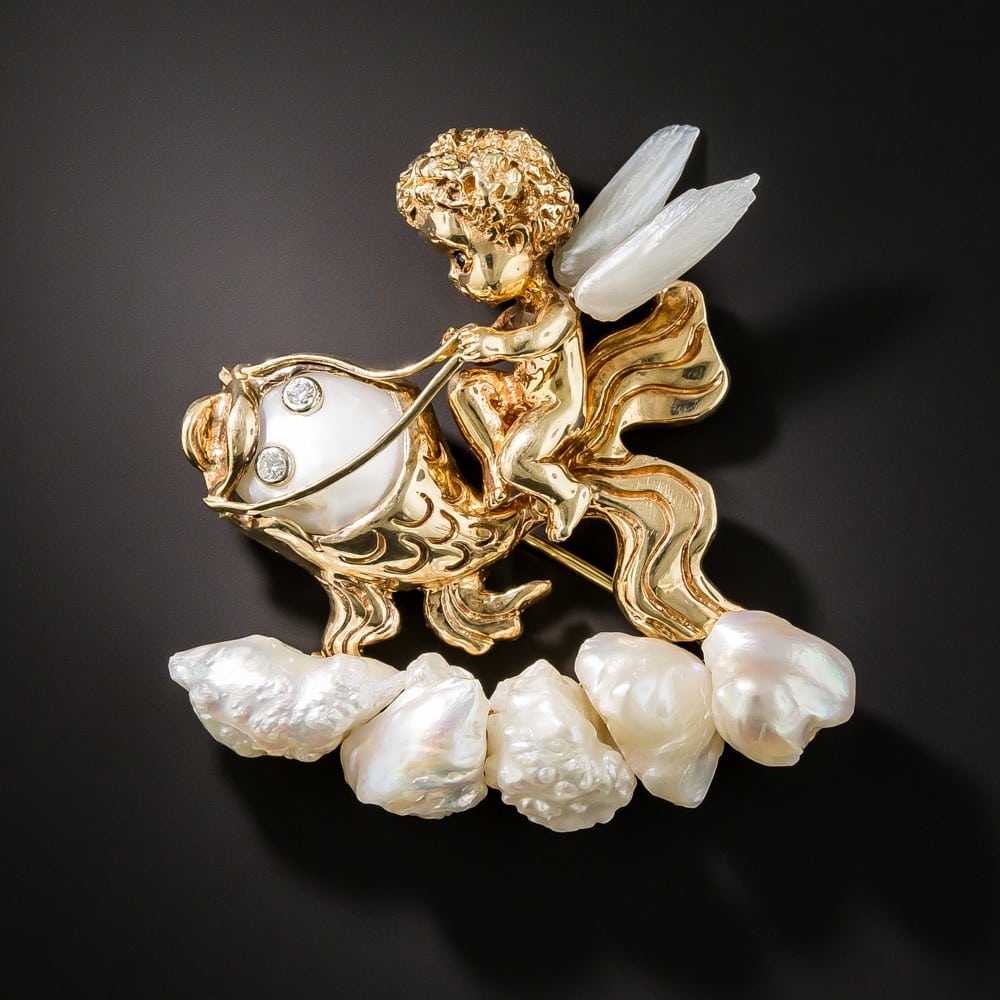 Russer Gold and Pearl Winged Putto Riding a Wave of Pearls Atop a Golden Poisson. 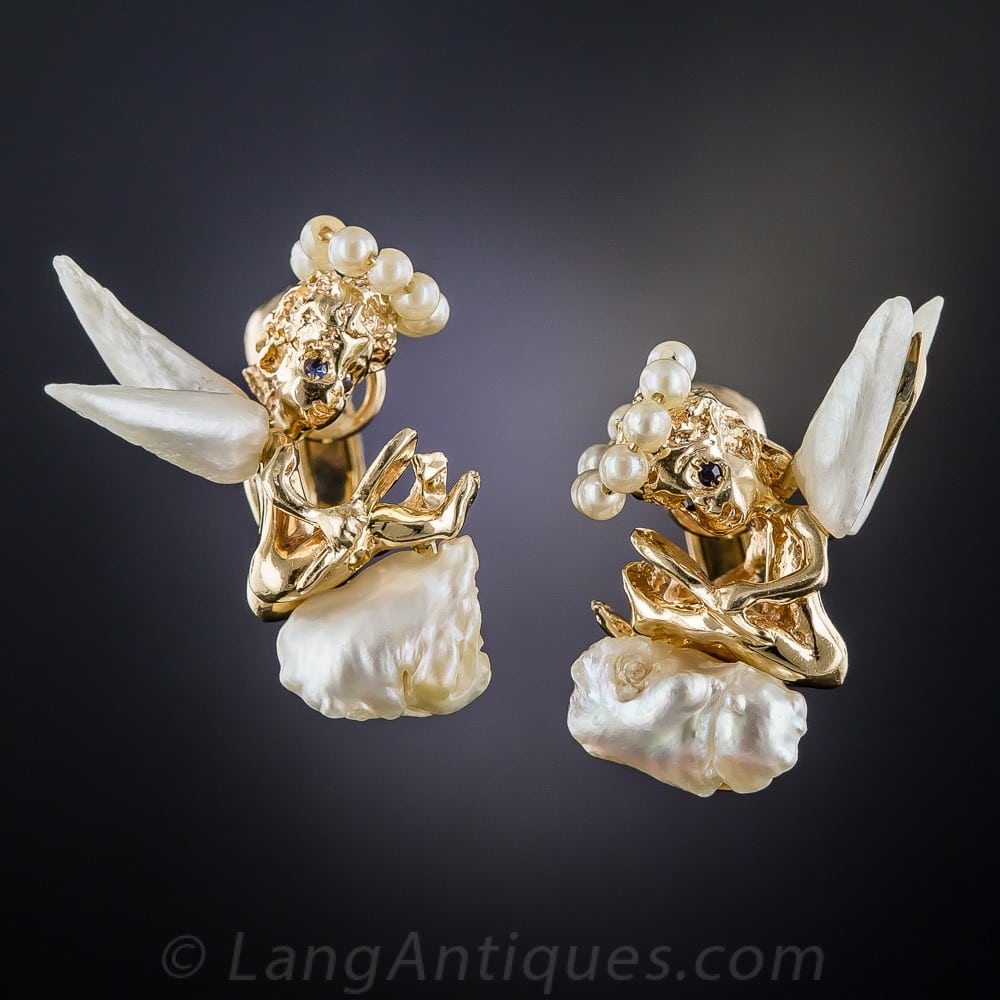 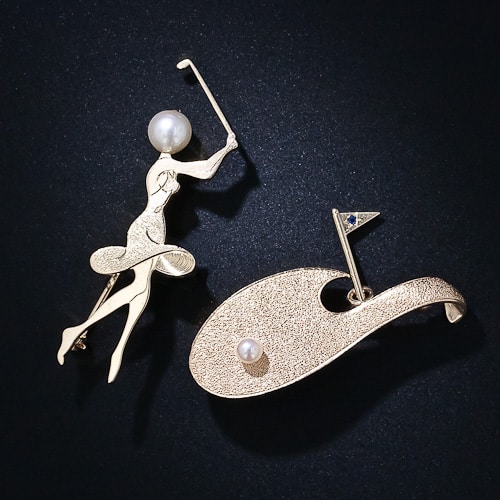 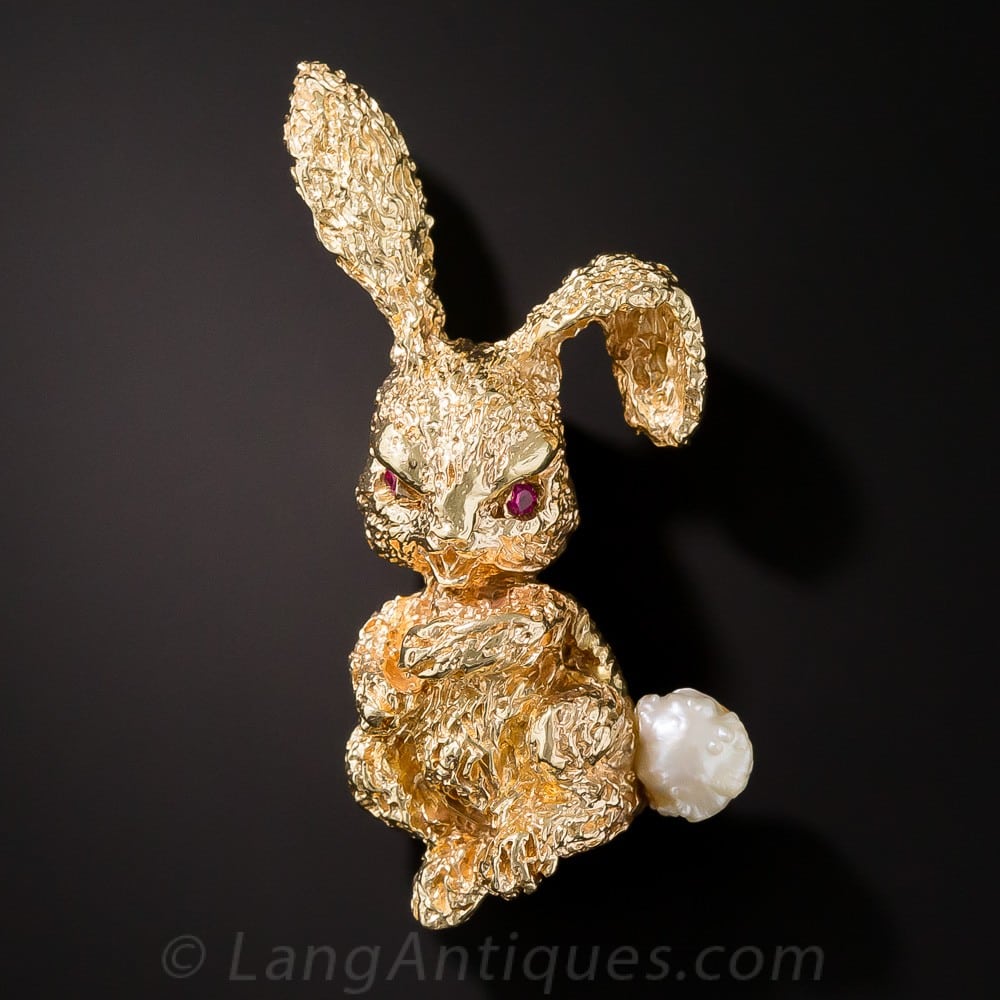