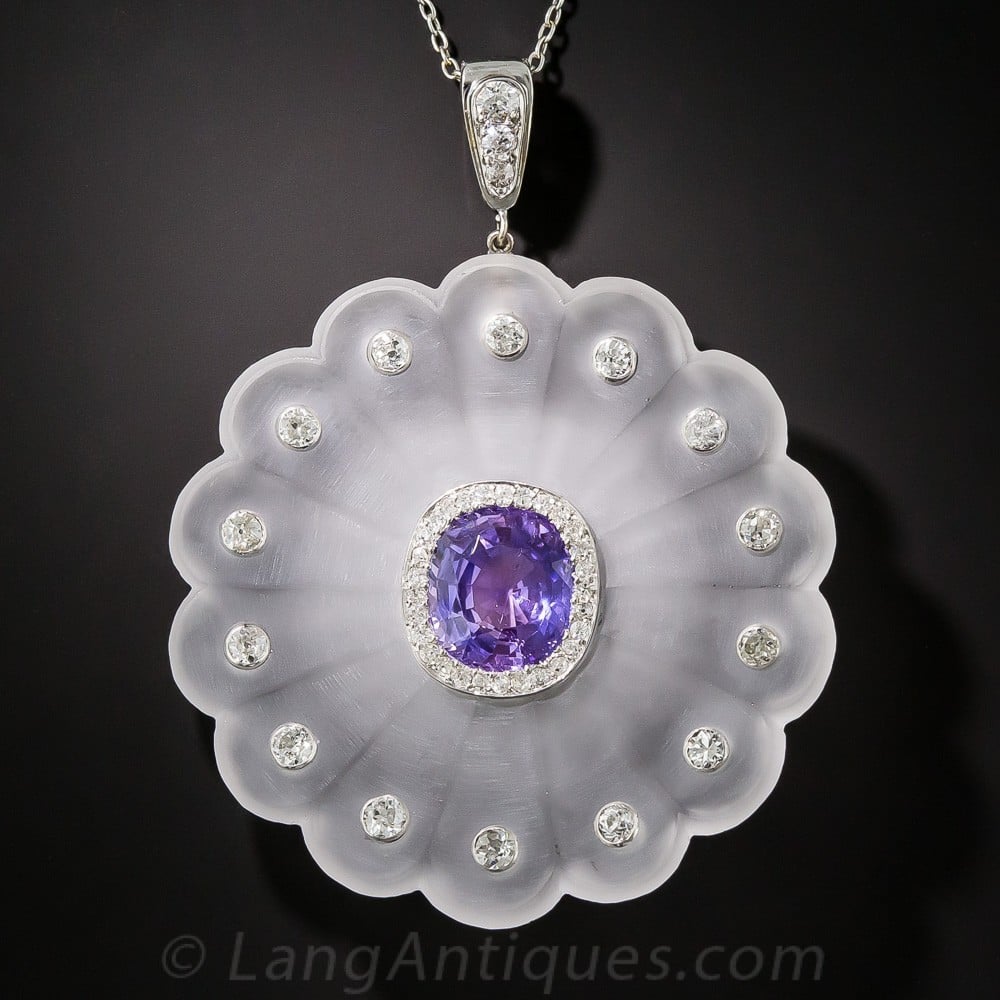 The Greek word krystallos meaning “ice”, provides the basis for the origin of the name Rock Crystal. This transparent colorless form of quartz conjures up the imagery of frozen rock and was so dubbed in ancient times. A popular material for carving since antiquity, some fine examples from ancient Egypt, Iraq, Iran and other parts of the Middle East have survived the ravages of time.

Circa 1650, and on into the Georgian era, jewelers carved flat-topped rock crystals with faceted sides called Stuart Crystals, in a variety of outlines to mount atop gold wire ciphers and hairwork. Created in commemoration of King Charles I, they could be found bezel set in rings, pendants, earrings, clasps, and cufflinks. During the Victorian era, the fashion for rock crystal carving was predominantly found in seals, cameos, and intaglios.

The Art Deco Period extensively used geometrically carved rock crystal plaques that complimented jewelry designs by providing the background for a ring, brooch, pendant or bracelet. These often had a diamond or other stone set in the center. Rock Crystal has also been carved into objects, to be further enhanced by gemstones, such as flowers, bows, and baskets. Bangle and cuff bracelets have been carved from a solid piece of quartz and, while rock crystal is not usually faceted, rock crystal beads often are. Rock crystal continues to be carved for jewelry today. 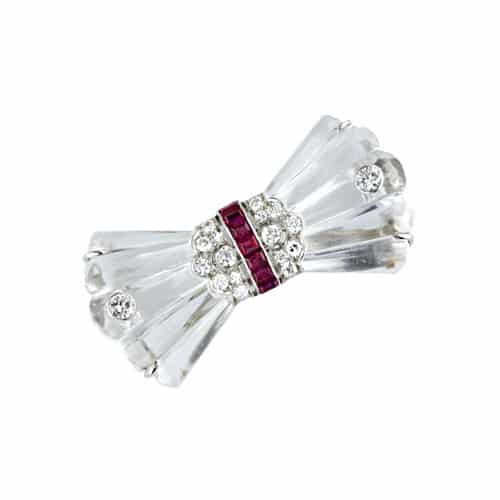 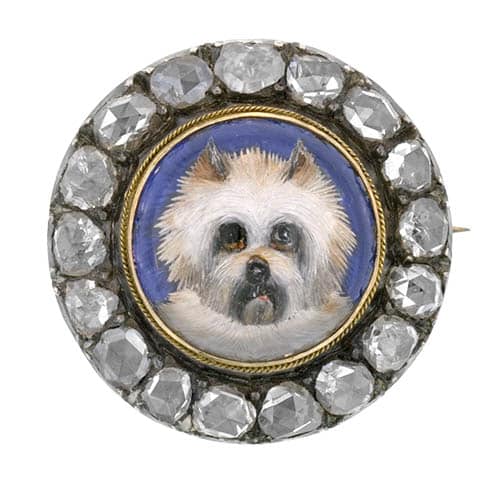 Extremely popular in the late Victorian Era, reverse crystal intaglios were composed of a rock crystal cabochon, carved on the flat side and painted to give a three-dimensional quality to the subject. Reverse intaglios were used extensively in gentleman’s jewelry of that era as the subject matter often included animals, hunting motifs, and monograms. The crystals were backed with mother-of-pearl before being set in jewelry. This fashion died out in the 1920’s when the quality of the carvings diminished and molded and painted glass began to appear on the market.