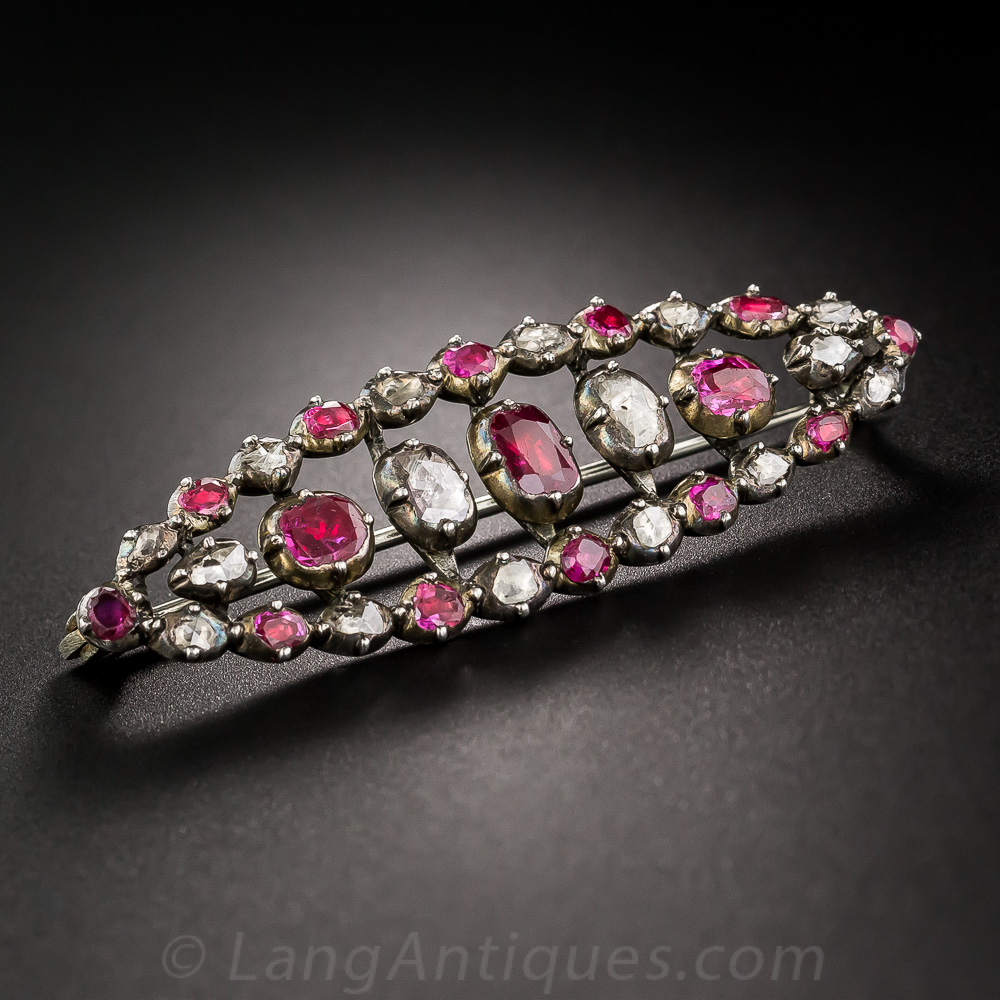 Ruby is the red variety of sapphire or the mineral corundum. When corundum occurs in any color, other then red, it is referred to as a sapphire. Rubies are primarily mined in Burma, Madagascar, India and Eastern Africa. The most renown source of fine quality rubies is Burma, known now as Myanmar.

The value of a ruby is determined by the intensity of its red color. The most valuable rubies will be a medium tone, intense RED without any modifying tones of violet, orange, gray or brown and are transparent in clarity. Rubies that are too light or too dark will be less highly valued.

With the exception of some rare colored diamonds and imperial jadeite, fine rubies still command the highest prices paid for gemstones.

A Brief History of Ruby

The ruby mines of Mogok district of Burma (now Myanmar) are older than history: Stone Age and Bronze Age mining tools have been found in the mining area there. In ancient Burma, it was believed that rubies would ripen in time, just like fruit ripens on a tree. They also believed that implanting a ruby into their flesh would make them invulnerable in battle.

The ancient Greeks cherished rubies as living pieces of coal that stored vast amounts of heat and when placed in water, may cause the water to boil.

The Roman author Pliny, in the First Century AD, described rubies as having gender. He also instructed that one could easily tell the difference between a genuine ruby and a glass imitation by the weight of the gem. The genuine ruby will be much heavier. Rubies were made into pendants to guard against poison, plague, evil thoughts and wicked spirits.

Ruby is the birthstone of July and the gemstone for Cancer. Ruby commemorates the 15th and 40th anniversary and is the sacred gem of Friday.

The Metaphysical aspects of Ruby

Rubies increase generosity while generating prosperity. They are a great aid in making wise financial decisions.

Rubies protect the home, one's possessions and their children.

Ruby is a stone of high energy, authority and power, promoting healing on all levels.

Ruby is associated with the heart and root chakra.