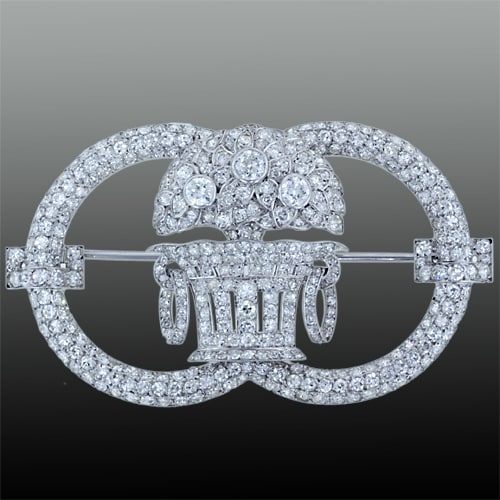 Lacloche Frères was a Spanish jewellery house known for its Art Deco jewellery and objects. The firm was founded in 1875 by four brothers in Madrid: Fernand, Jacques, Jules, and Leopold Lacloche. During the 1920’s and 30’s, the brothers were famous for their brightly colored, geometric “lacquered and enameled cigarette and vanity cases, set with diamond and precious stone decorative motifs of mixed inspiration.”1 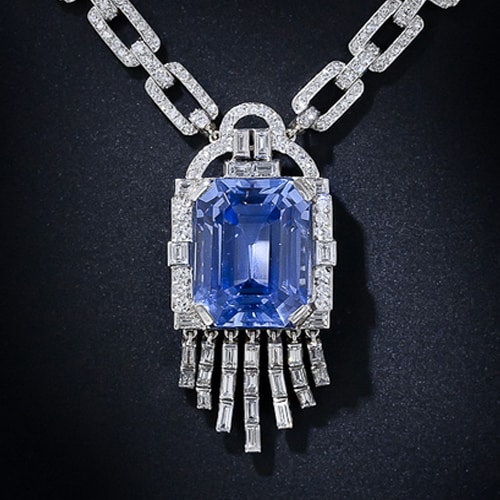 At the 1925 Paris exposition, the firm also presented a fantastic series of pendants that depicted La Fontaine’s fables. In addition to a store in Madrid, Lacloche Frères established locations in Sébastian, Paris, and Barriatz. During the First World War, it bought Faberge’sLondon store and remaining stock when the Russian government repatriated Faberge’s personnel and assets and set up shop in its place.2